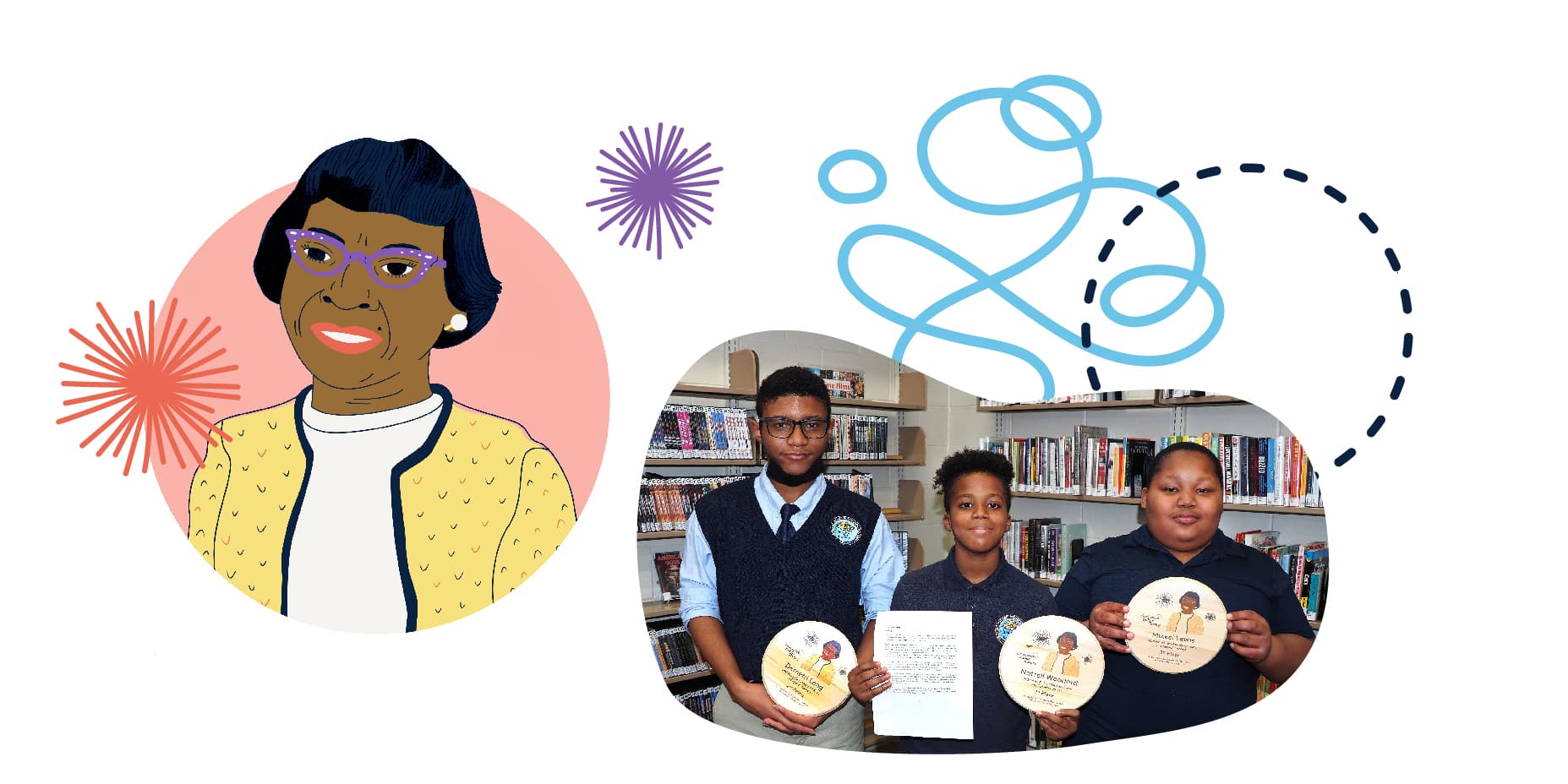 “My name is Natrell Woodard and this is why I love the Library.”

At the bustling West End Branch Library, Natrell reads his essay in front of a large group of family, friends, CHPL staff, and community members. He speaks clearly and confidently.

Natrell’s essay was chosen as the winning entry in this year’s Mary Finley Essay and Speech Contest. Open to West End students and residents in grades 5-10, the contest asked participants to reflect upon what the Library means to them and compose an essay about the topic. 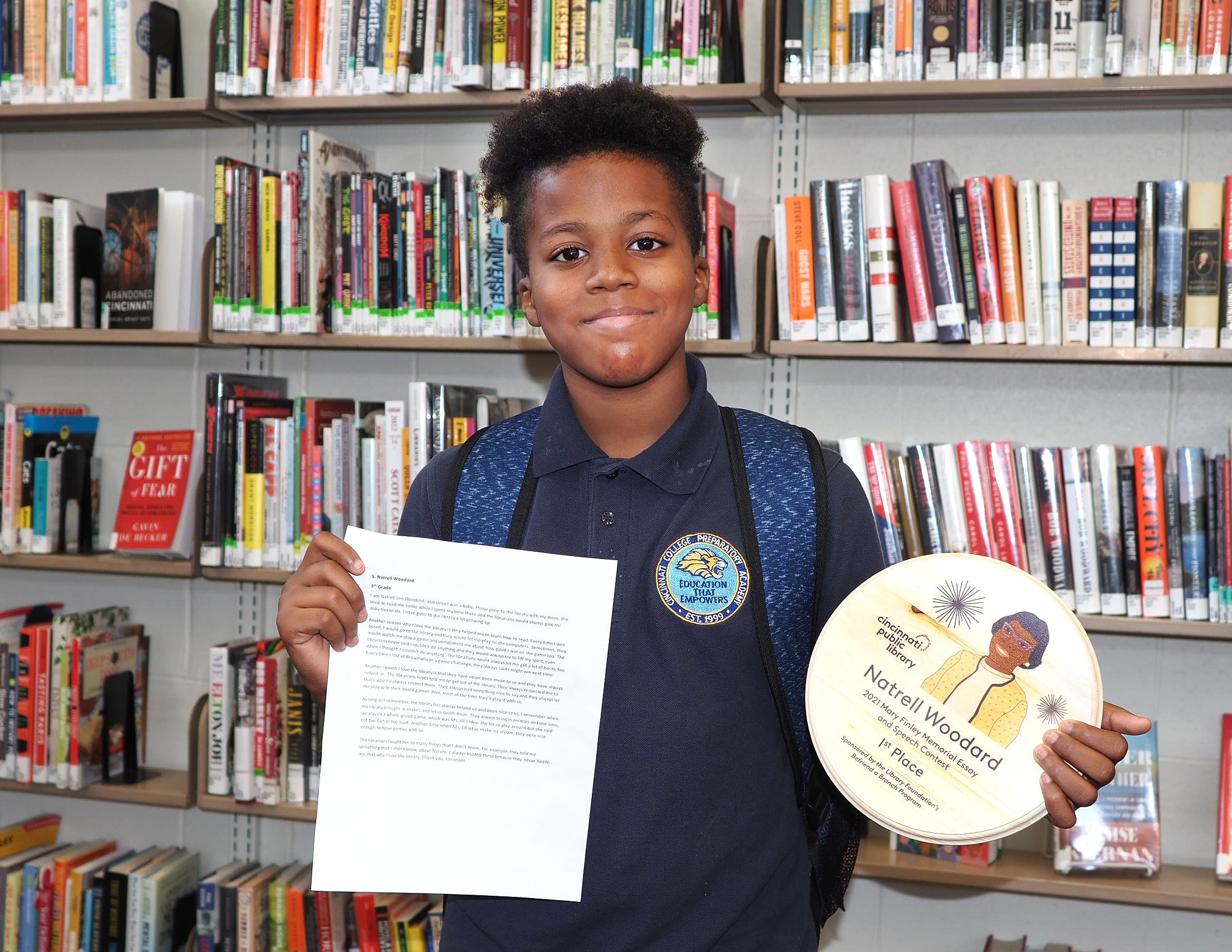 Inspiring the Next Generation of Writers

Started in 2002 by retired librarian George Ferguson, the contest honors Mary Finley, one of the first African American librarians hired by the Cincinnati & Hamilton County Public Library who influenced Ferguson as a young man growing up in the community. An influence which continues through this contest today.

“I come to the Library every day,” Natrell says, “We read, play in the chess club, and check out books.”

But Natrell thinks he has a new favorite activity to do at his library.

“I think I’ll continue to write. I think it sounds fun to write a comic book of my own someday.”

It’s a safe bet to be another award-winner. Watch Natrell read his award-winning essay.

The Mary Finley Essay and Speech Contest is made possible through the generous support of Hamilton County Common Pleas Court Judge Melba Marsh, the Library Foundation’s Befriend a Branch program, and community volunteers.

Judge Marsh, a lifelong customer of the West End Library, knew Mary Finley at an early age. “When I was a kid I went to this Library,” Judge Marsh remembered, “Ms. Finley worked here while I was going to school at St. Joseph’s. I lived down the street and this was on my way home. Me and Ms. Finley and I became fast friends. I took five books home per week. Then I would come back and Ms. Finley and I would discuss what I had read.”

Judge Marsh supports the Mary Finley Memorial Essay and Speech Contest to pass forward the drive for knowledge the Library and Ms. Finley gave to her. “I hope that these participants continue to enjoy reading and writing. It’s such a way to travel within your imagination and learn about different people, places, and attitudes.”

“The same spirit and feelings of Ms. Finley are still here. I really think Ms. Finley would be so happy to see these kids’ smiles today.” 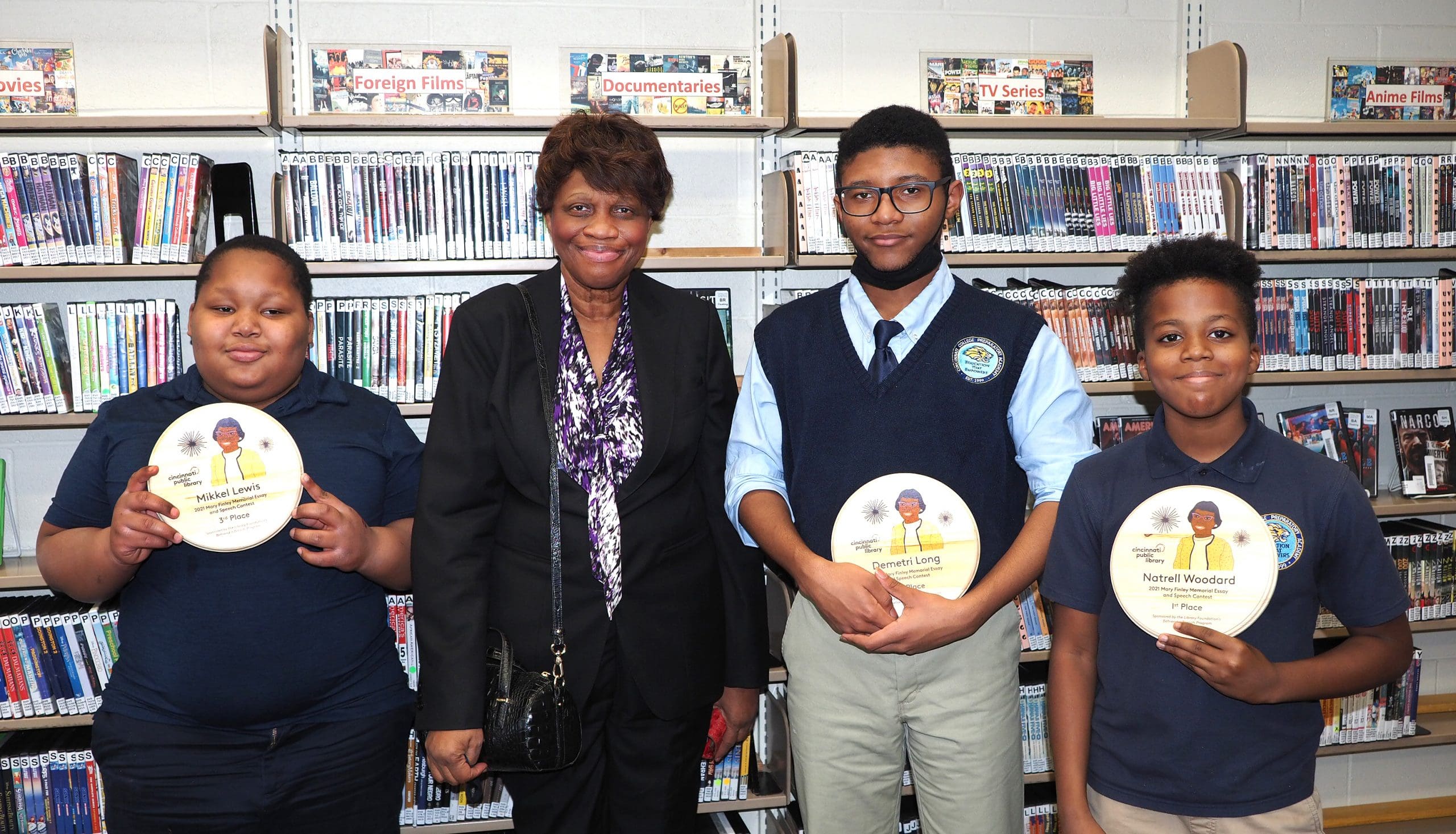 You can support the Mary Finley Essay and Speech Contest and other vital CHPL programs for years to come with a gift to The Library Foundation’s Befriend a Branch, opens a new window program.