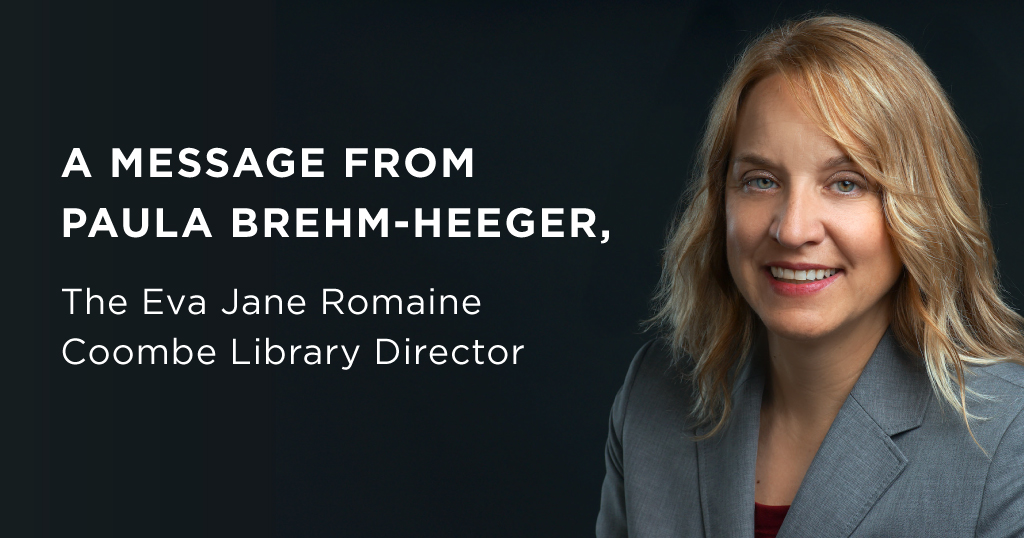 Recently, I had the chance to visit two new public libraries, one in Columbus, Ohio and the other in Washington, D.C.

In mid-June, I attended the retirement of the Ohio Library Council’s Executive Director at the newly-opened 41,000 square foot Dublin Branch of the Columbus Metropolitan Library (CML). Built in 1980 and renovated in 1990, it was originally just over 20,000 square feet. The new branch is impressive. The retirement celebration I attended took place in one of the building’s three large meeting rooms.

These rooms are in addition to the seven smaller study rooms. Plus, there is a 500-space parking structure (constructed through an agreement between the Library and the city) co-located to the Library – a real plus for me as I was unfamiliar with the area and it was extremely convenient to have parking right there. The Dublin Branch project is actually the last project of CML’s ten-project aspirational building program which began in 2014.

Another Library I toured in June while attending the American Library Association annual conference in Washington D.C. is the Cleveland Park Branch of the D.C. Public Library system. This building was constructed in 1953 with the newly renovated branch opening last year. It had some of the same features of CML’s Dublin Branch, including a heavy emphasis on meeting space, featuring a dividable meeting room that accommodates up to 105 people, a conference room that seats 10-12 people, and four private study rooms for up to four people each.

Like Columbus, the D.C. Public Library has been investing heavily in their Library buildings over the past decade – to the tune of a half-billion dollars in renovating and rebuilding the city's libraries. To date, 19 projects are complete, with five more libraries in the design or construction phase.

According to Library administrators and staff, these new buildings raised the bar for what D.C. residents expect in library service. The Library is engaged in the development of a Facility Master Plan to help guide their building plans going forward. Project cost for both the CML and D.C. branches I visited are reported to be between 18 - 20 million dollars.

All of this focus on facilities may sound familiar, as here in Cincinnati and Hamilton County our Library is in the midst of serious planning and investment in our facilities too, with our Building the Next Generation Library, opens a new window initiative. It is encouraging to see the new projects other similarly-situated public libraries have successfully completed and to know that we are on the right track in offering our residents new and improved Library facilities.

A recent blog post I wrote, opens a new window this spring provided background on our Facility Master Plan process. We have hit the ground running gathering input from our users, staff, and community members.

On June 24 we kicked off a several-weeks period of hosting Community Listening Sessions, opens a new window nearly every evening and weekend through July and into August in neighborhoods and branch libraries throughout the city and county. You can find out the details on our website.

We are also offering the opportunity to share thoughts via an online survey for those who can’t make it to one of our 40+ in-person engagement opportunities. We will use this input, along with several other data points, to construct a Facility Master plan - a “roadmap” for our facilities improvements and changes during the next decade as we, like Columbus, D.C., and many other cities, invest in our community by improving our facilities and our overall Library system.

We have also hosted engagement and listening sessions at two other branch locations which are not currently handicap accessible, the Walnut Hills Branch (constructed in 1906) and the Madisonville Branch (constructed in 1925). I've had the pleasure of connecting with community councils in both of those neighborhoods (as well as Evanston, which is adjacent to Walnut Hills) to gather input as we develop plans for how better to serve community members in these neighborhoods through improved facilities.

It is an important and transformational time for public libraries in the United States. Here in Hamilton County, we see the same opportunities and challenges that many other communities are tackling as we move forward with this ten-year project, thanks to generous support from our taxpayers, with a new generation of library buildings and services.  Please stay tuned to our web site and join us on this exciting journey – we will only reach our full potential with the help of everyone in our community.