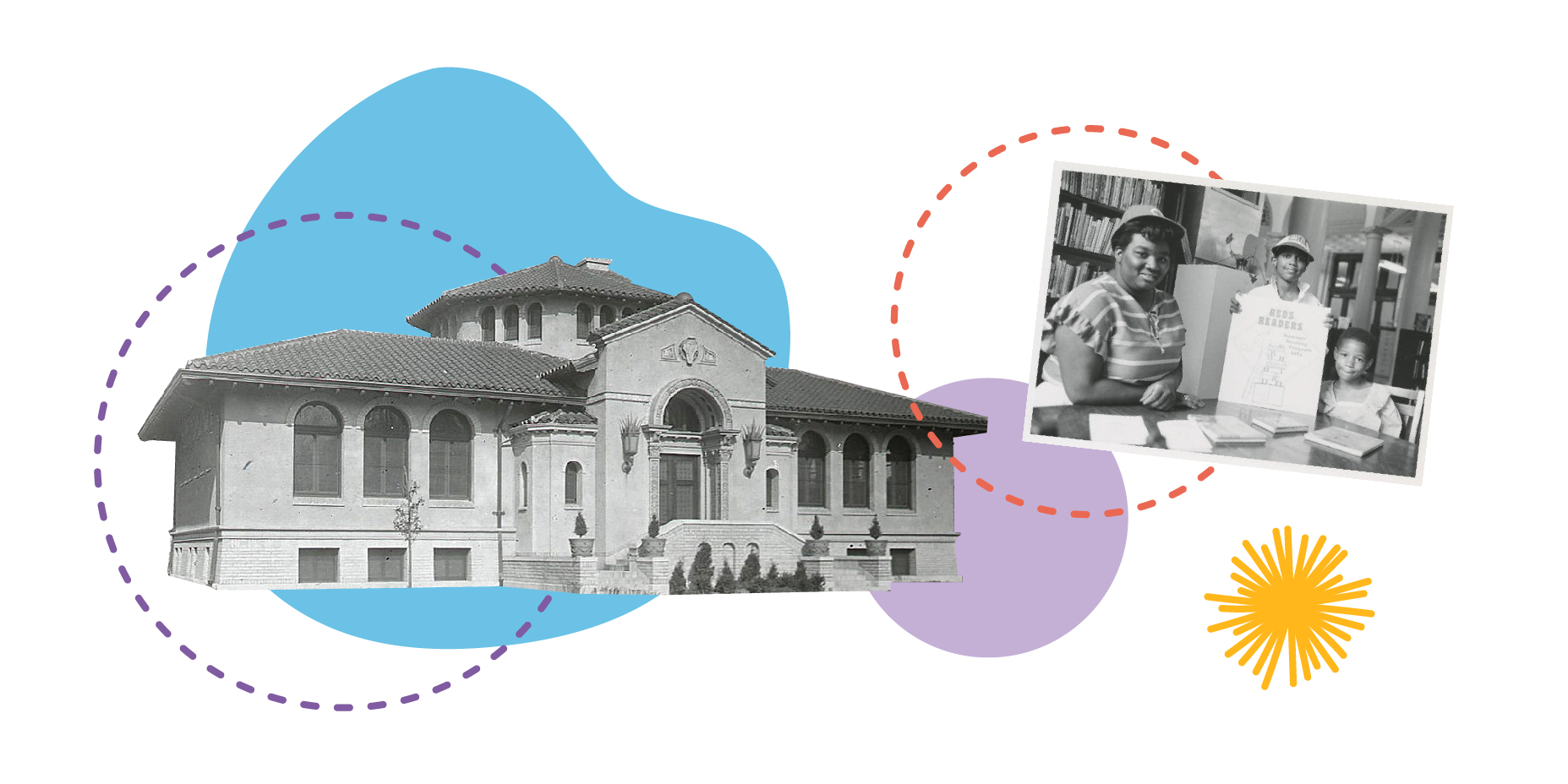 In honor of Black History Month, the Black Exhibits and Event Committee is highlighting Avondale, the second oldest black neighborhood in Cincinnati, Avondale. Read on to learn a little about Avondale and discover how the area is growing.

The neighborhood of Avondale has a population of 12,500, around 90 percent of which is African American. It got its name from one of the earlier settlers in Avondale, Mrs. Stephen Barton. Mrs. Barton looked at the stream behind her house and said it looked like the River Avon in England.

It is amazing to see how and why a city is formed. Avondale’s history is a complex mix of renewal projects and efforts to retain the community’s identity. Incorporated in 1864, its wealthy homeowners wanted to control the problems that plagued the city’s core: burglaries, vagrants, public drunkenness, and fighting, according to the Avondale Community Council's History of Avondale. Though unsuccessful, they did get a public works programs. With this incorporation, the name Avondale was made official.

Avondale is the land south of St. Bernard, west of Norwood and I-71, east of West Clifton, and north of Walnut Hills and Corryville.

When did Avondale become a part of Cincinnati?

Cincinnati annexed Avondale in 1896. The city wanted the tax revenue from the businesses in Avondale and Avondale benefitted from the annexation with an improved fire station and a police presence which helped to curb some of the crime.

Who lived in Avondale at the time of the annexation?

During the 19th century, people of German, Jewish and English Protestant backgrounds joined the neighborhood. In 1874, when the streetcar connected Avondale to Cincinnati, Greek Americans and Eastern European Jews moved from the West End to South Avondale.

When did the population change to resemble the current population?

Avondale had Black residents starting in the mid-1800s. After World War II, young white people moved to Avondale because of the low mortgage rates offered to them. Middle-class Black people also moved into the neighborhood despite the exorbitant mortgage rates Blacks received because Avondale was a safe place to live and there was already a Black community living there. Black people were only allowed to move into areas that already had Black residents. One outcome of more Black people moving into Avondale was white flight. Realtors took advantage of this by actually sending letters to white homeowners telling them more Blacks were moving in. This way they could sell houses, at a higher cost, to Black people.

Due to racism and the devaluing of Black lives, property values began to fall and Black families, displaced by the urban renewal in the West End, were able to buy houses in Avondale. Adding to the increase of the Black population of Avondale was the relocation of Blacks to the city by the Cincinnati Department of Relocation who moved around 220 Blacks into Avondale. At this time Avondale’s beautiful historic homes were subdivided into apartments, and by 1950 most of Southern Avondale was predominantly Black.

How did the Civil Rights movement touch Avondale?

In the 1960s, Black people worked toward equity in all areas of life in Cincinnati. Civil Rights activists were active in Avondale, one of the largest black neighborhoods in Cincinnati. Martin Luther King Jr. preached in Avondale during the summer of 1967. The next day protests turned violent after years of frustration over housing, police harassment, and lack of jobs. After King was assassinated, there was much unrest across the country and more protests broke out in Avondale in 1968. The 2001 protests over the shooting of Timothy Thomas highlighted the huge differences of life in Cincinnati for Blacks and suburban whites.

Why did Avondale divide itself into North Avondale and South Avondale?

Some white homeowners in North Avondale did not relocate when Black people began moving into Avondale. They stayed and, along with Black residents, founded the Avondale Neighborhood Association to keep North Avondale socially, economically, and racially integrated. North Avondale’s property values remained constant. Conversely, with 220 Black people being relocated to the neighborhood, whites continued to flee South Avondale. Property values fell, again, due to racism, and there was no organization to keep South Avondale safe from economic woes and racial division. Thus, two Avondales came into existence.

Avondale is growing and thriving and headed toward renewal. The Avondale Community Council is working toward improving Avondale’s employment opportunities, educational equity, social connections, and safety in the neighborhood. Combining the Avondale Vision Planning Task Force and the Avondale Quality of Life Movement, Avondale now has embraced a specific mission and values that guide the city. Avondale is changing as this mission and these values guide the neighborhood toward equity and creating a new identity.

Points of interest in Avondale: Cincinnati Zoo & Botanical Gardens (1875); Carmel Presbyterian Church which houses the oldest black Presbyterian congregation in Ohio (1890); a Monument to President Lincoln at the corner of Reading Road and Rockdale Ave (1830); the George Stone House (1890), the Avondale Heroes Mural, the Avondale Pride Mural, and of course, our Avondale Branch Library (1915), one of the nine area libraries in Hamilton County built with funds provided by the Andrew Carnegie Foundation. The Spanish Colonial-style structure features a Rookwood tile entry, decorative ironwork, and a domed ceiling and is a beloved resource and gathering place for the community.