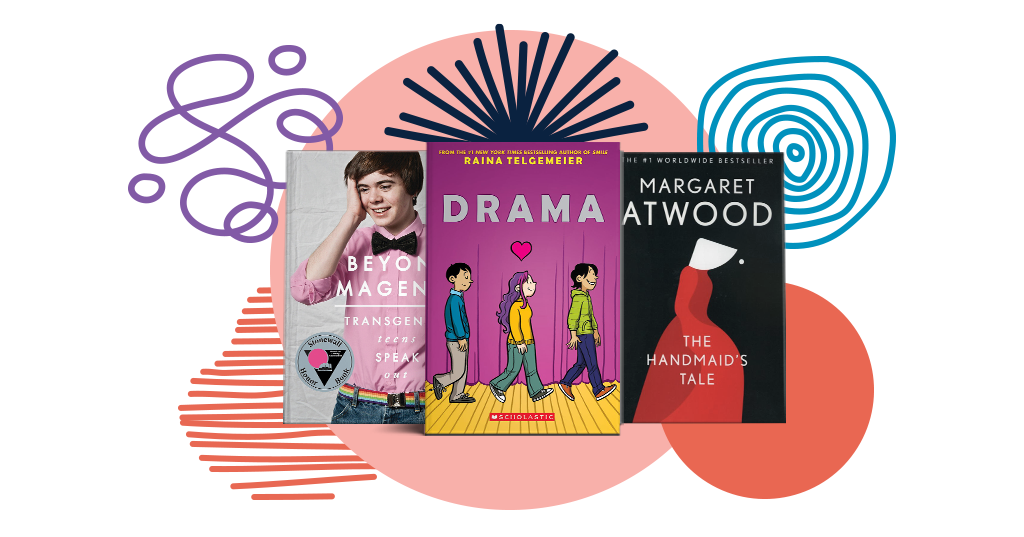 “Censorship is the child of fear and the father of ignorance,” said author Laurie Halse Anderson, whose book Speak is one of the American Library Association’s (ALA) top 100 most-challenged books in the past decade.

Here at the Cincinnati & Hamilton County Public Library we believe in free access to books of all kinds—including banned books! “The books that have gotten banned in the past represent free speech," said Mt. Washington Branch Manager Paul Burch. “It's no accident that free speech is the focus of the very first amendment to our Constitution."

Beyond free speech, challenged and banned books often deal with topics that not everyone understands. "Many of these topics are part of our lives, from our identities to our life situations," said Stefani Leming, Children’s Librarian at the Forest Park Branch.

"Readers may see themselves within the books, which may lead to greater understanding or acceptance of themselves. Readers may see someone different from themselves, growing their ability to empathize or consider other points of view. Readers may read about tough topics to work through or simply survive their own experiences," Leming said. "The Library has these materials because we are not here to judge. We are here for you to find books to learn about yourself, to learn about others, or just to escape reality for a while. We are here for everyone."

To celebrate Banned Books Week, you may check out any of the ALA’s top 10 most frequently challenged books below.

The ALA Office for Intellectual Freedom tracked 377 challenges to library, school, and university materials and services in 2019. Of the 566 books that were targeted, here are the most challenged, along with the reasons cited for censoring the books:

Reasons: challenged for LGBTQIA+ content, for “its effect on any young people who would read it,” and for concerns that it was sexually explicit and biased

Reasons: Challenged and vandalized for LGBTQIA+ content and political viewpoints, for concerns that it is “designed to pollute the morals of its readers,” and for not including a content warning

Reasons: Challenged, banned, and relocated for LGBTQIA+ content; for discussing gender identity and sex education; and for concerns that the title and illustrations were “inappropriate”

Reasons: Challenged and restricted for featuring a gay marriage and LGBTQIA+ content; for being “a deliberate attempt to indoctrinate young children” with the potential to cause confusion, curiosity, and gender dysphoria; and for conflicting with a religious viewpoint

Reasons: Challenged and relocated for LGBTQIA+ content, for a transgender character, and for confronting a topic that is “sensitive, controversial, and politically charged”

Reasons: Banned and challenged for profanity and for “vulgarity and sexual overtones”

Reasons: Challenged for LGBTQIA+ content and for concerns that it goes against “family values/morals”

Reasons: Banned and forbidden from discussion for referring to magic and witchcraft, for containing actual curses and spells, and for characters that use “nefarious means” to attain goals