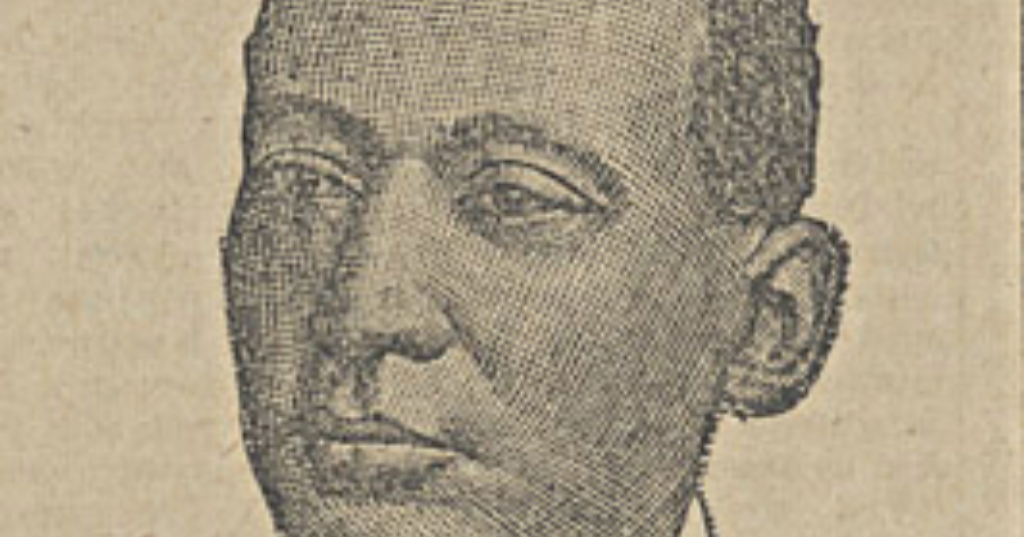 In doing research for a patron’s question, I was looking through Cincinnati newspaper microfilm from the 1880s. I came across an article entitled “Our Colored Citizens” from the Cincinnati Commercial Gazette. Archaic language aside, I found it remarkable because it detailed various news items about Cincinnati’s African American citizens. This was unusual for a Cincinnati daily newspaper during this post-Civil War time period where racism and segregation both legally and socially ran deep.

I investigated further and found that it was actually a weekly column that served as a sort of society column for African Americans in Cincinnati, mentioning various social events such as fraternal society meetings, weddings, and church events as well as the comings and goings of prominent African Americans.

The existence of these columns brought up many questions. The first question regarding these columns was “How long did they last?” By going through the microfilm of the Cincinnati Commercial Gazette and later the Commercial Tribune when it changed its title, it is believed that the first column was in March 1884 and that the last one was in November 1896. That’s twelve years of genealogical and cultural information on Cincinnati’s African American society in the late nineteenth century! 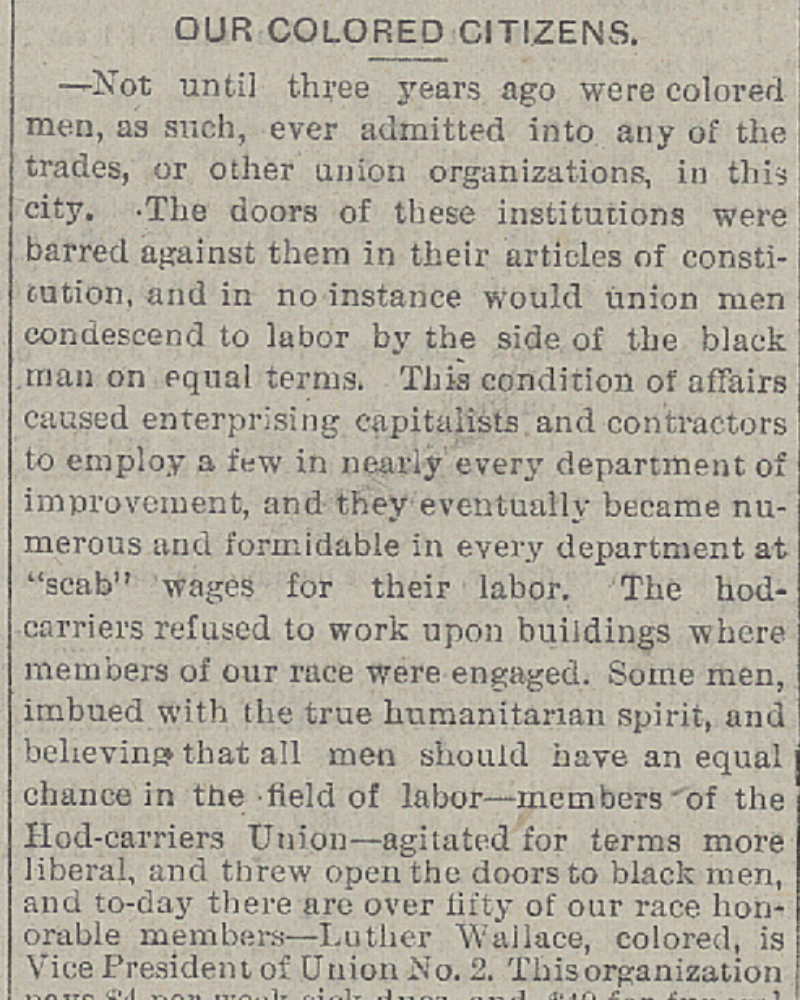 The other newspapers did not run the columns for nearly that long. It is believed that the first African American columns in the Cincinnati Enquirer began in December of 1887 and ended in October of 1894, while the Cincinnati Times-Star had them from October of 1890 until near the end of 1896. That is still a significant amount of in-depth information on a community which was generally not mentioned in newspapers except in cases of accidents or crimes.

I also checked to see if the columns from the different newspapers mentioned the same people, places, and events. I compared one week where all three newspapers had African American columns. I did find some overlap in the news sections. However, each newspaper also contained varying degrees of information so that they complimented each other, and taken together, provided a more complete picture of the event.

One partially unanswered question regarding these columns is who wrote them? Was it a white reporter for the newspaper or an African American reporter? Would the newspaper publishers have thought to give an African American person this opportunity at the time? Would a white writer feel comfortable writing the column? So far, the answers to these questions have not been completely discovered. 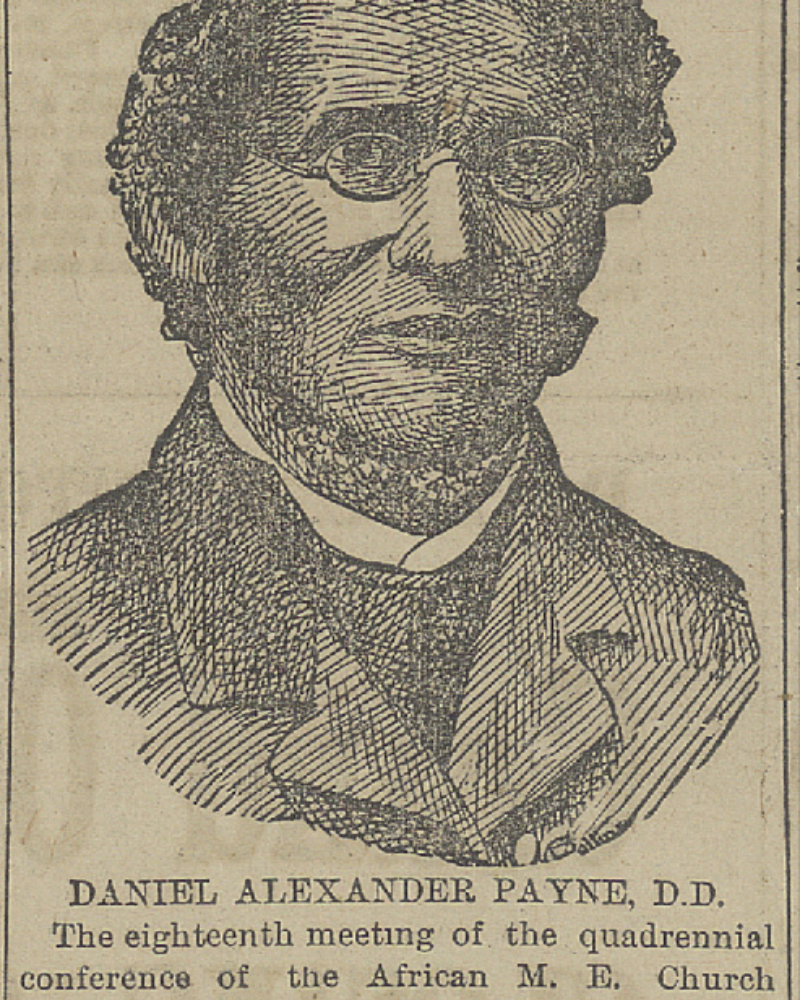 One of the early Cincinnati Commercial Gazette articles in December 1884 revealed that the author of the column was Charles W. Bell, an African American teacher in the African American schools.  An article in the Cincinnati Post on November 29, 1890 states that “Mrs. Susie Johnson Higgins is writing the colored column for the Times-Star.” She is mentioned as one of the former teachers of the Gaines High School that closed down in 1890. It was a high school for African American students with African American teachers. Both would definitely be qualified to write for a newspaper. How long they authored these columns has yet to be determined. It has yet to be discovered who wrote the columns for the Cincinnati Enquirer.

It is interesting to note that in another article from the Cincinnati Post in November of 1890, Dan A. Rudd, the African American editor of the American Catholic Tribune, a Catholic newspaper for African Americans published in Cincinnati, states his opposition to these columns. He writes that the society columns in the daily newspapers, "have become tiresome and should be abolished. When a negro commits a crime he is ranked with other criminals and the items to that effect go into the make-up of the dailies in their proper places. The same should hold good in all matters, social, political, commercial and criminal.” He’s arguing that the other papers should be like the Cincinnati Post, which did cover African Americans in this way. He continues, “The papers keep up this thing, not through meanness, but because their managers think they are pleasing a part of their readers.” He concludes sarcastically, “We are always thankful for press notice, but let us take our chances of being overlooked with other equally deserving people.”

These columns offer the researcher a great insight into African American life in Cincinnati in the late 1800s. It was a time persistent struggles over burgeoning rights for African Americans. However, these columns also include news items regarding prominent African Americans and events affecting their race throughout the United States. They mention advances of their race as well as the still-rampant oppression. They encourage people in the community to be politically active at various times and espouse a feeling of hope after so many decades of degradation. In this way, these are more than just society columns. They advocate for civil rights.

With the digitization of these columns and their accessibility through the Library’s Digital Library, opens a new window, customers can easily view these columns and take a step back in time to better understand the life of an African American in Cincinnati in the 1880s and 1890s. The columns are also valuable to genealogists as they can be searched by name. You can view the entire collection here, opens a new window.