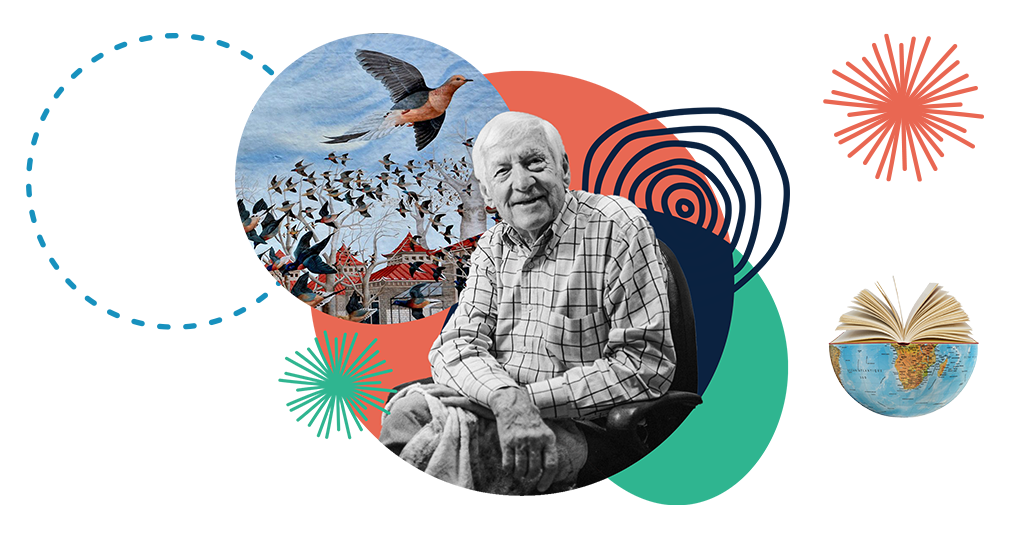 John was a Cincinnati native and he told me that as a child, he would frequent the Walnut Hills Carnegie Library Branch. His most memorable library experience was to travel downtown to the Downtown Main Library and view John James Audubon’s “Birds of America” volumes. John was fascinated with wildlife and was a gifted artist at a very early age. John loved the library and its access to early wildlife artists in its collection such as Alexander Wilson, Mark Catesby, Charles Bonaparte and John Gould. It was Audubon however, with his life-size and realistic watercolors, that John revered.

He attended the Cincinnati Art Academy, along with the Jack Storey Central Academy of Commercial Art. He has been called the “20th Century Audubon” with his works being exhibited around the world. Despite John’s love of sketching wildlife, his first paying job centered about promoting a clay compound that was originally used to clean coal dust off wallpaper. The end product resulted in a worldwide phenomenon called “Play-Doh” and John presented the public with his caricature called “Play-Doh Pete”. 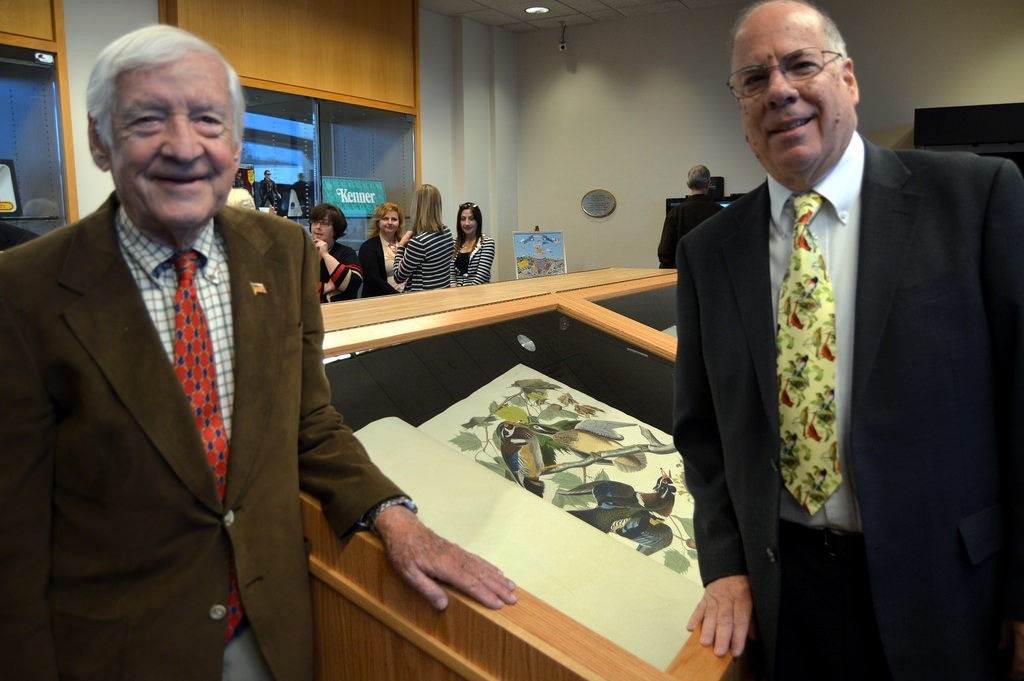 John’s love of the outdoors took him around the globe, sketching and painting a menagerie of animals and birds. He was asked a number of years ago to paint a portrait of Audubon as a fundraiser for the Cincinnati Museum Center. As he did with so many worthy causes, he accepted immediately; he was especially happy for the chance to portray his idol, Audubon. Audubon was actually the first employee at Cincinnati’s Great Western Museum in 1820. Ruthven depicts Audubon at the confluence of the Ohio & Licking Rivers sketching cliff swallows. In the background is the city of Cincinnati. John related to me that he came over to the Main Library to view the famous 1848 panorama by Fontayne & Porter, and that it was his inspiration for the period skyline that he illustrated.

John, in collaboration with Artworks, undertook one of the largest murals in Cincinnati. It is adjacent to the Main Library and shows the last passenger pigeon, “Martha,” flying with a flock on a huge brick canvas. John was in his late 80s when he climbed the scaffolding in oppressive heat to help complete the mural. John mentioned to me that he enjoyed the view, especially since the Library was across the street from his perch. 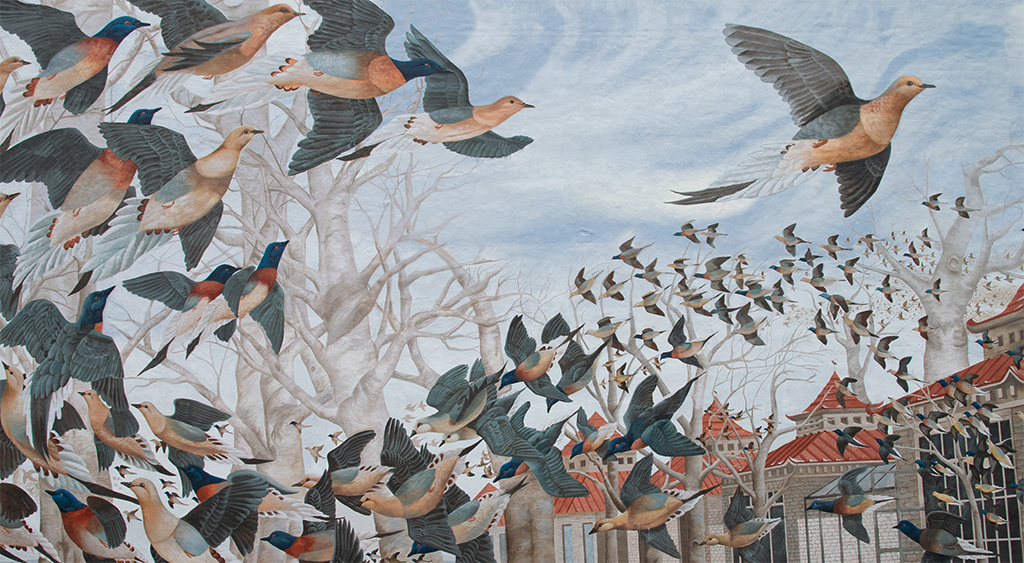 John Ruthven and John James Audubon are forever inexorably linked. That is why in 2015, the library invited John Ruthven to attend the unveiling of the new state-of-the-art exhibit cases that had been constructed for the four double Audubon elephant folios.

It was the Library Board’s wish that the exhibit be dedicated to John A. Ruthven, our “20th Century Audubon.” These now priceless volumes, purchased by librarian William Frederick Poole for $1,000 in 1870, were now being linked to the greatest wildlife artist of our generation. John said his circle of life had been completed by having seen these volumes as a small child and now having them dedicated to his own artistry. He said it was a very humbling experience.

John A. Ruthven will be missed, but his art will be enjoyed for generations to come.