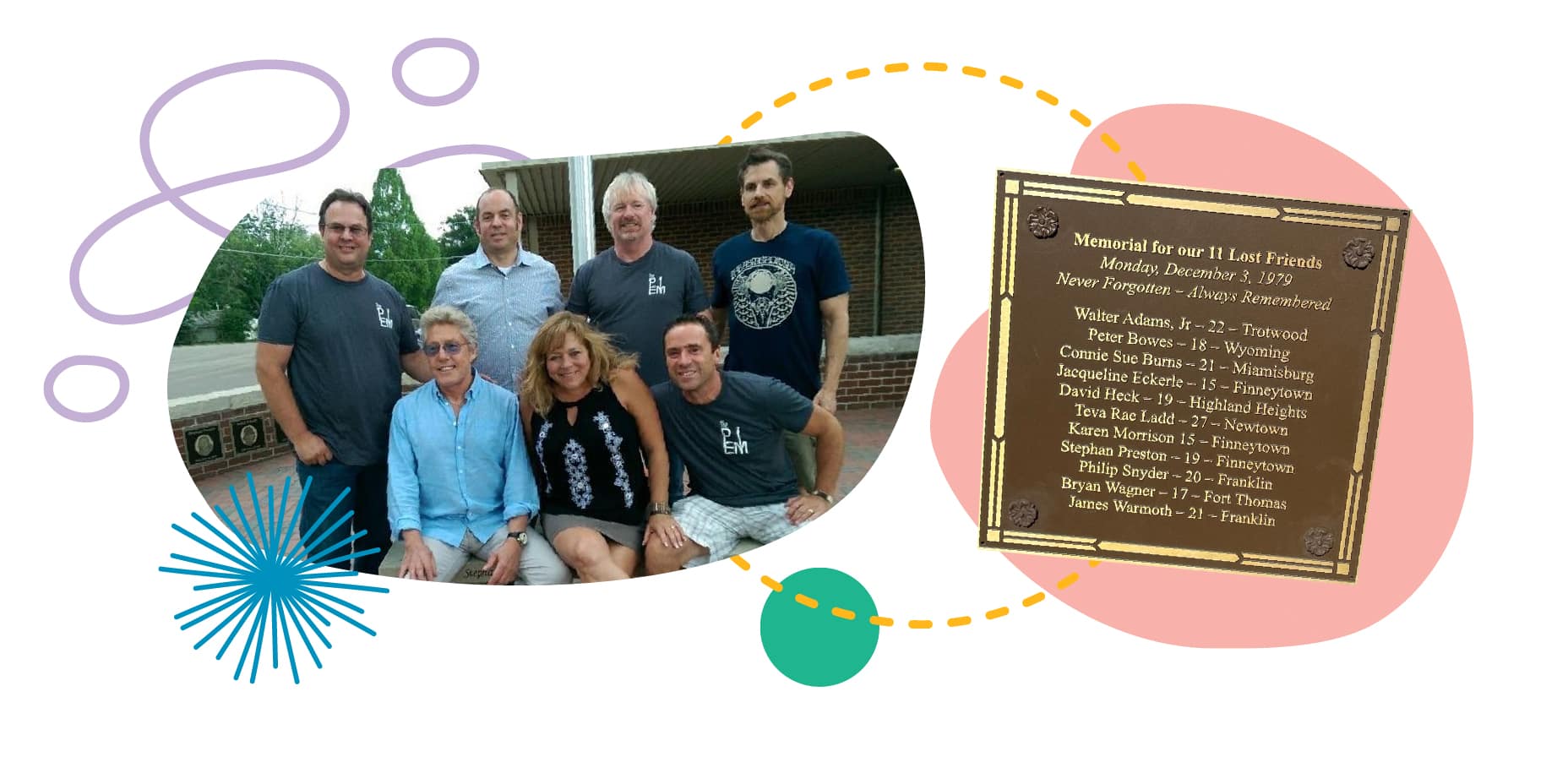 One of the worst public safety tragedies in Cincinnati history occurred on December 3, 1979, when 11 people died while waiting to get into Riverfront Coliseum for a performance by rock band The Who.

Many communities throughout the area suffered terrible losses:

View the Special Research Collection at the Downtown Main Library

With The Who’s first concert in Cincinnati in over 42 years happening this month, I wanted to make research I’ve been doing since then available for customers. Included are audio compact discs of the WVXU radio special, depositions, and the memorial service at Christ Church Cathedral from 2009. Perhaps most important is information on the resting places of the 11 people who died. This three-volume set, which contains digital copies of all the materials, is now part of the reference collection at the Downtown Main Library. 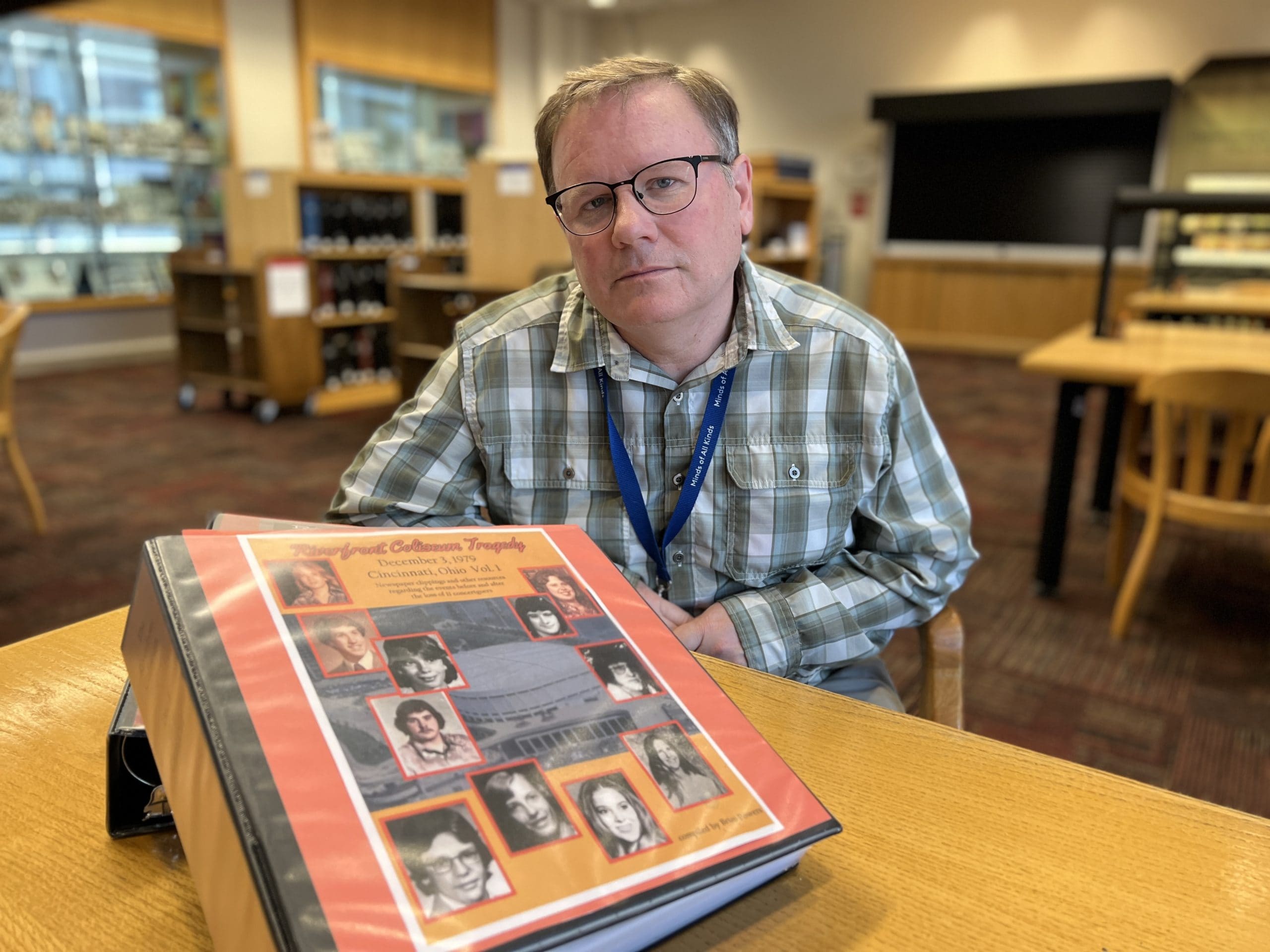 One inspiring story included in the compilation is about the Finneytown students who never forgot their three classmates, Jacqueline L. Eckerle, Karen L. Morrison, and Stephan M. Preston. The very next day after the tragic night, 30 Finneytown students held a candlelight vigil and protest on Fountain Square and at the Riverfront Coliseum plaza.

The next month in January 1980, Rolling Stone magazine ran a featured article on the three lost Finneytown youths, interviewing their classmates and family members.

After 30 years, Steve Bentz and John Hutchins (both in Class of 1980) began to think about a memorial at Finneytown High School to honor their three friends and decided on a bench. Walt Medlock (Class of 1979), Mary Anne Medlock (Class of 1982), Fred Wittenbaum (Class of 1983), and Toni Hutchins joined the effort and brainstormed ideas. On August 21, 2010, the group dedicated the memorial bench, located just outside the school’s performing arts center, and then announced plans to start a living memorial in the form of a scholarship.

The “P.E.M. Memorial Scholarship,” using the first initials from the three students’ last names, is an ongoing tribute to their three friends, who were passionate about music and the arts. Since 2011, three scholarships are awarded annually to eligible Finneytown High School seniors pursuing higher education in the arts or music at an accredited university or college. 38 students have been recipients of the scholarship to date. A brick fundraising program, started in 2015, led to the creation of a plaza, which surrounds the bench and features a plaque dedicated to the 11. 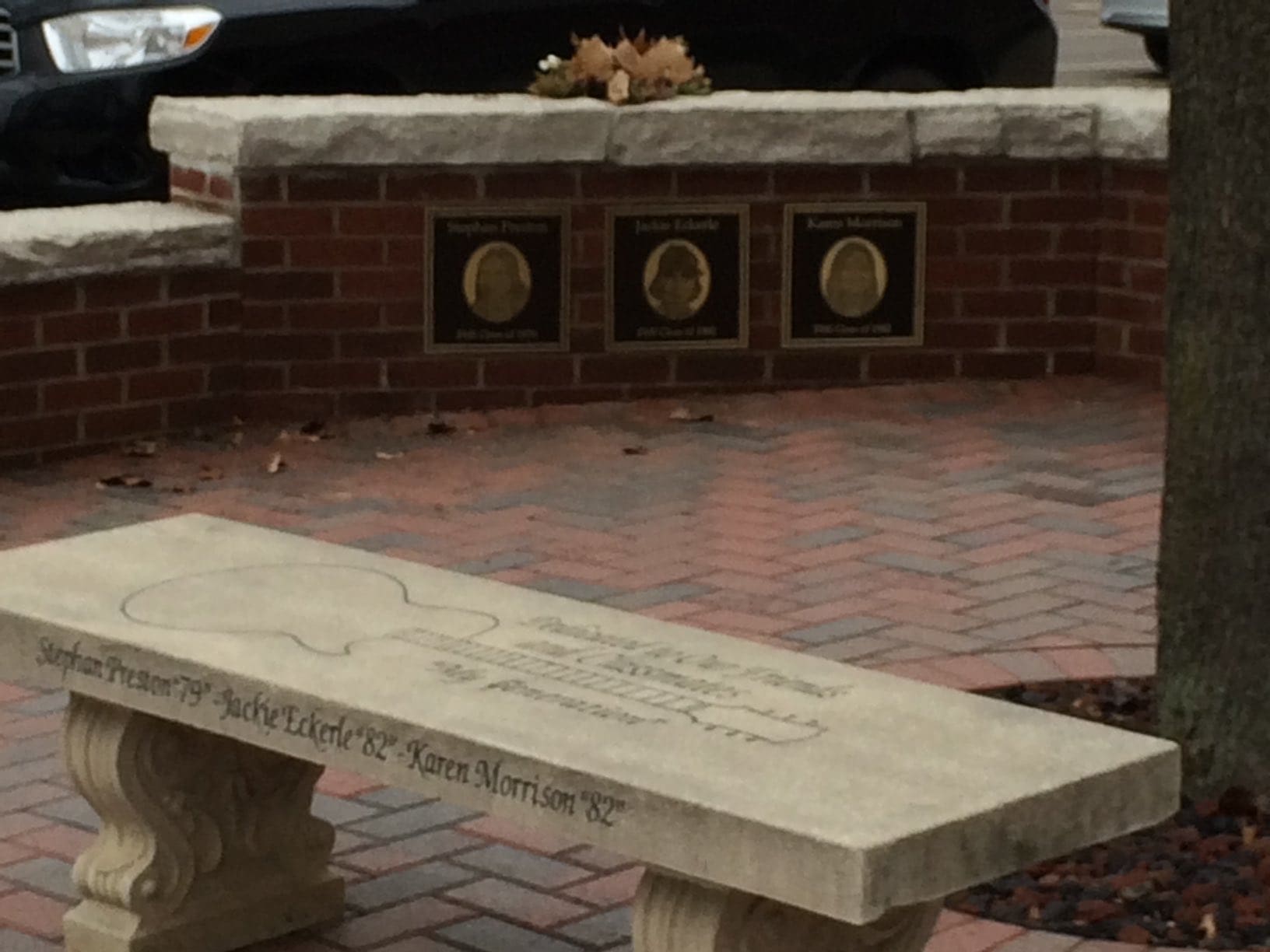 In 2012, The P.E.M. Committee began a dialogue with the Who organization which has led to the scholarship program receiving support from the Who. Since then, the organization has contributed to fundraising efforts. They have provided rare special content for the fundraising event that happens every December at the school’s performing arts center. In 2016, they provided funds for a custom-made cabinet, now located in the lobby of the center, which contains personal items of the three students including artwork.

On July 2, 2018, Who lead singer Roger Daltrey paid a special visit to see the memorial, met the P.E.M. Committee and spoke with various family members of the three Finneytown students. There has been a discussion between the two organizations about the possibility that the band would return to Cincinnati to perform a benefit show for the P.E.M. scholarship. Now, finally, after many years and much effort, the fundraising event will happen on May 15, 2022 at TQL Stadium in the West End neighborhood.

Adding something special to an already historic night for the city will be the presence of a young musician. Zachary Wuorinen, currently studying music at Oberlin College, will be playing in the orchestra that is accompanying the band. He is a 2020 graduate of Finneytown High School and a recipient of the P.E.M. Scholarship.