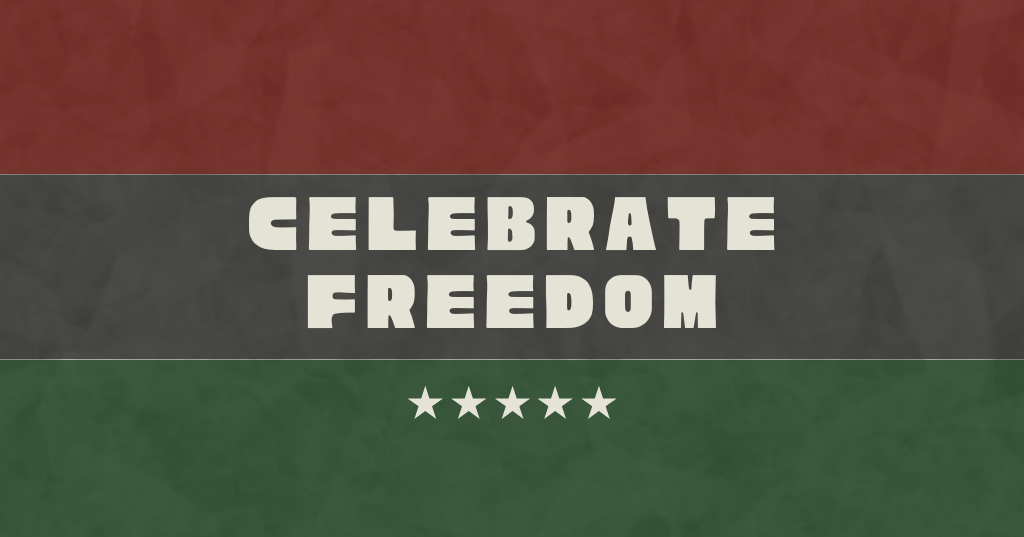 Many of us were taught in school that slavery in the United States legally ended the day Abraham Lincoln signed the Emancipation Proclamation on January 1, 1863. The truth of history tells a much more complicated and nefarious story.

Why do we celebrate Juneteenth?

While the Emancipation Proclamation was intended to demand the immediate freedom of all enslaved people in America, it wasn't until two and a half years later that word of emancipation reached enslaved people in Texas. Enslavers didn’t want to know the people they enslaved to know that they were free. While there are many speculations as to how they kept freedom a secret, from murdering the messenger to hiding it until after the harvest, it was finally on June 19, 1865, Union Army General Gordon Granger arrived in Galveston, Texas, and read the order that all previously enslaved people were free.

Juneteenth (also known as Jubilee Day, Freedom Day, Cel-Liberation Day) is meant to mark the true beginning of freedom for African Americans, focusing on education and achievements made by the community. It is the oldest holiday commemorating the end of slavery in the U.S. and is often marked with flag-raising ceremonies (Juneteenth has its own special flag!), cookouts, speakers, gatherings of family and friends, and remembrance.

The first annual celebrations that took place in Texas were highly political as well as celebratory. Voting was an issue at the forefront. Gathering as formerly enslaved people was also dangerous, and the white people in power quickly put racist segregation laws into place barring them gathering in public places such as parks. To address this discrimination, a group of Black leaders in Houston pooled their money to buy 10 acres of land in 1872 so they could celebrate Juneteenth. This park still exists today and is called Emancipation Park.

While Juneteenth isn’t a federal holiday (the first legislation for national recognition was submitted in 1996 and efforts continue today) many companies and cities across the country, including Cincinnati, have embraced the holiday and hopefully, many more will follow.

Juneteenth is a direct confrontation of the American ideals our country has yet to live up to. It celebrates the promise of equality, liberty, and justice for all that Black people are still fighting for today. In this time of a global pandemic and uprisings demanding systematic change and racial justice, this year's observance provides the opportunity to look back and move forward with purpose and steadfast resolve. To learn more about Juneteenth, check out this list of materials our librarians put together to help inform and inspire.

A Juneteenth Wake
Invites participants "to bring flowers to pay respects in memory of the lives risked and lost in the pursuit of freedom from American slavery, across the Ohio River." The wake will be at East Mehring Way, near Smale Park, directly south of the National Underground Railroad Freedom Center. Masks and social distancing are encouraged.