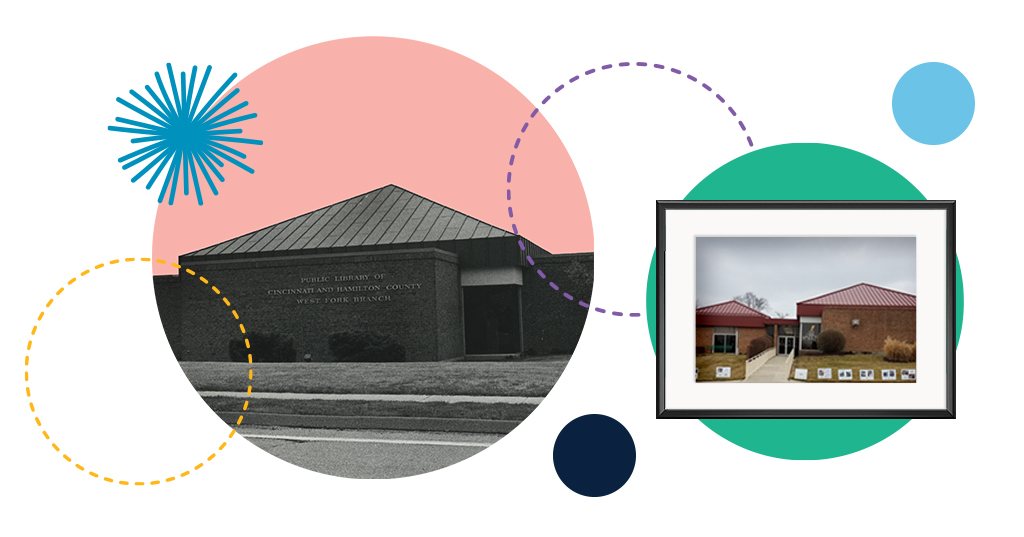 The Monfort Heights Branch has come a long way from its origins as a library between two cornfields. The branch library, built on part of a then-farm in Green Township, is celebrating its 50th anniversary of serving minds of all kinds in northwestern Hamilton County.

Originally known as the West Fork Branch, it was renamed the Monfort Heights Branch to better reflect the community it serves. The branch opened its doors March 1, 1971. Its first day was a busy one, with more than 1,300 books checked out.

The groundbreaking for the Monfort Heights Branch was held in November 1969. Designed by architectural firm Pansiera, Dohme & Tilsley, it was built to hold 60,000 books. The Library purchased two acres of farmland from Rose Beyer, who used the branch frequently until her passing in the 1980s at the age of 106.

In honor of the anniversary, the Monfort Heights Branch has prepared safe and fun ways to celebrate. There are displays throughout the inside and outside of the building showcasing memories from the branch’s history, as well as notes from customers describing what they love about their library. There also are coloring pages and giveaways available for anyone who wants to stop by and celebrate with the staff, while supplies last. 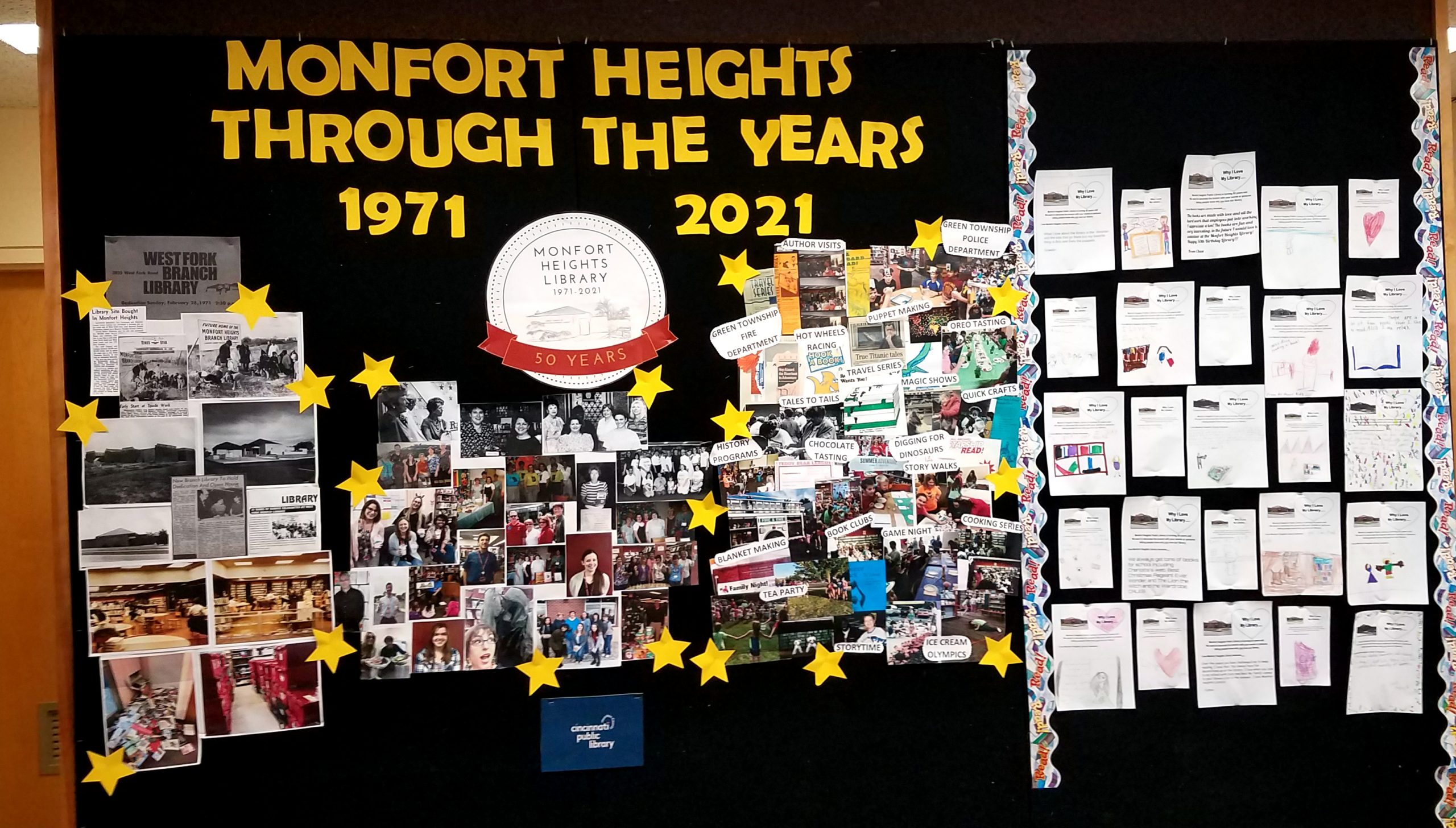 These days, the branch is busy serving thousands of customers per month and checking out a wide range of library materials from books to DVDs. The staff help customers with computer access, free printing and faxing, programs (both in-person and virtual), storytimes, free WiFi, and more.

Building the Next Generation Library

The vision CHPL has for the future of the Monfort Heights Branch, as part of its Facilities Master Plan, includes opportunities for expanding on the current site as well as expanding the public service area and parking. Monfort Heights and its surrounding communities are seeing new senior living development, expansions of local restaurants, a new Kroger in Dent, and more.

The Library remains active and responsive as a long-standing member of an ever-growing community and will consider these and other surrounding developments as it engages in opportunities for growth. Once other branches in the Library’s West Zone of its Facilities Master Plan complete their improvements, the Library might consider making further improvements or tailoring spaces and services based on customers’ evolving needs.