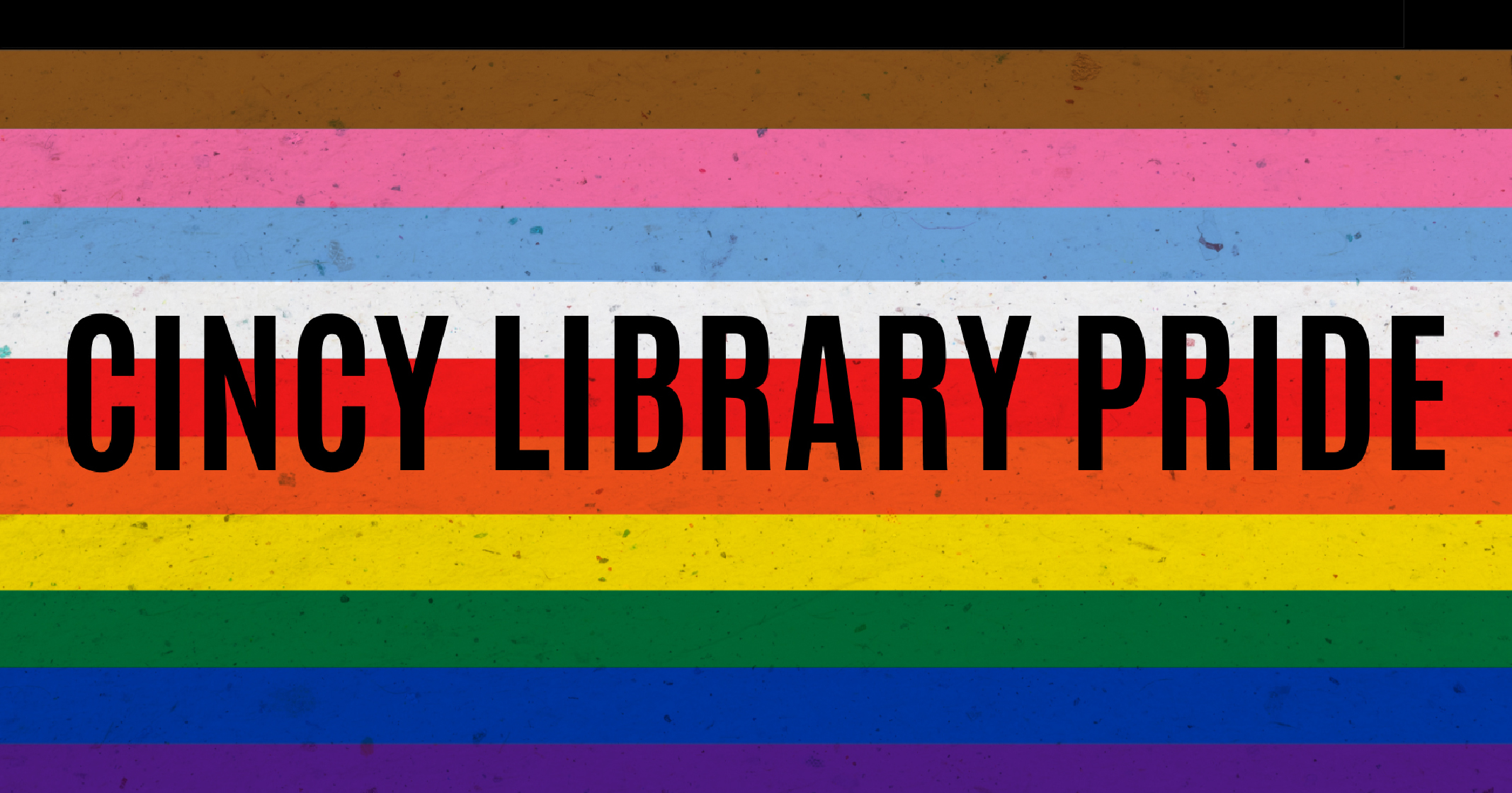 The Library is celebrating queer voices during National Pride Month this June and beyond through local, contemporary, and historical poetry. With numerous digital resources like eBooks and eAudiobooks, and a wide range of materials for children, teens, and adults, the Library offers exposure to so many diverse LGBTQIA+ experiences and ideas through poetry. This virtual series highlights queer poets, poems, and their contexts from across the spectrum, across racial identities, across history, and all over the world.

In this month’s installment, we explore the work of two contemporary prominent lesbian poets in history, Audre Lorde and Adrienne Rich. These poets were writers, activists, teachers, and feminists that helped significantly shape social justice work and discussions around equality since the 1960s. While much of their writing was more broadly activism-focused, this video highlights work that details their LGBTQIA+ identities and experiences.

A self-described “Black, lesbian, mother, warrior, poet,” Audre Lorde is perhaps the most famous Black feminist poet and civil rights activist in modern history. Born in 1934 in New York City, she studied at Columbia University and was a librarian in New York public schools in the 1960s. She also had two children with her husband, Edward Rollins, coincidentally a white, gay man, before they divorced in 1970. In 1972, Lorde met her longtime partner, Frances Clayton, and the two remained together until Lorde’s death in 1992.

As a teacher and scholar, her time in academia and teaching informed her work and contributions to feminist theory, critical race studies, and queer theory as they intertwine her personal experiences with bigger political ideas. From the Poetry Foundation, “Lorde articulated early on the intersections of race, class, and gender in canonical essays such as 'The Master’s Tools Will Not Dismantle the Master’s House'."

A passionate activist, an equally passionate gay woman, and a pioneer of intersectionality, her work is foundational in social justice circles and her poetry is praised for its depictions of both the black and queer experience of sexuality. Today, I’ll be reading a poem that explores just that called “Who Said It Was Simple.” See the Library’s materials on Audre Lorde linked below.

Who Said It Was Simple , opens a new window

There are so many roots to the tree of anger
that sometimes the branches shatter
before they bear.

Sitting in Nedicks
the women rally before they march
discussing the problematic girls
they hire to make them free.
An almost white counterman passes
a waiting brother to serve them first
and the ladies neither notice nor reject
the slighter pleasures of their slavery.
But I who am bound by my mirror
as well as my bed
see causes in colour
as well as sex

and sit here wondering
which me will survive
all these liberations.

Born in 1929, Adrienne Rich was another notable and formative lesbian feminist poet and essayist of the same time period. She explored similar issues of identity and sexuality as Audre Lorde as well as anti-war values. She received numerous awards for her work over her lifetime including the National Book Award, the Ruth Lilly Poetry Prize, and a MacArthur “Genius” Award. She offered powerful critiques on weighty concepts such as the patriarchy, language and its relationship to power, and heteronormativity.

In 1976, Rich began a relationship with novelist Michelle Cliff, which lasted until her death. In her controversial work Of Woman Born: Motherhood as Experience and Institution published that same year, she stated that her lesbianism was both a political and personal choice. She released the pamphlet Twenty-One Love Poems in 1977, which was later incorporated into the following year's The Dream of a Common Language in 1978, and presented lesbian themes and perspectives in her writing in an extraordinary way for the time.

In my opinion, I think she has also helped popularize direct, short-form poetry or “pocket poetry” into mainstream poetry readership. Today I’ll be reading "Love Poem II" from Twenty-One Love Poems. See the Library’s materials on Adrienne Rich linked below.

I wake up in your bed. I know I have been dreaming.
Much earlier, the alarm broke us from each other,
you’ve been at your desk for hours. I know what I dreamed:
our friend the poet comes into my room
where I’ve been writing for days,
drafts, carbons, poems are scattered everywhere,
and I want to show her one poem
which is the poem of my life. But I hesitate,
and wake. You’ve kissed my hair
to wake me. I dreamed you were a poem,
I say, a poem I wanted to show someone...
and I laugh and fall dreaming again
of the desire to show you to everyone I love,
to move openly together
in the pull of gravity, which is not simple,
which carries the feathered grass a long way down the
upbreathing air.

Though these two poems vary in tone and experience, both describe the fear of expressing their lesbian identity openly and the desire to be accepted for who they are by the world. Similarly, despite their unique racial backgrounds and queer perspectives, these two women have been instrumental to the advancement of social justice through their work. Read more about these poets using the Cincinnati Public Library’s electronic and print resources.