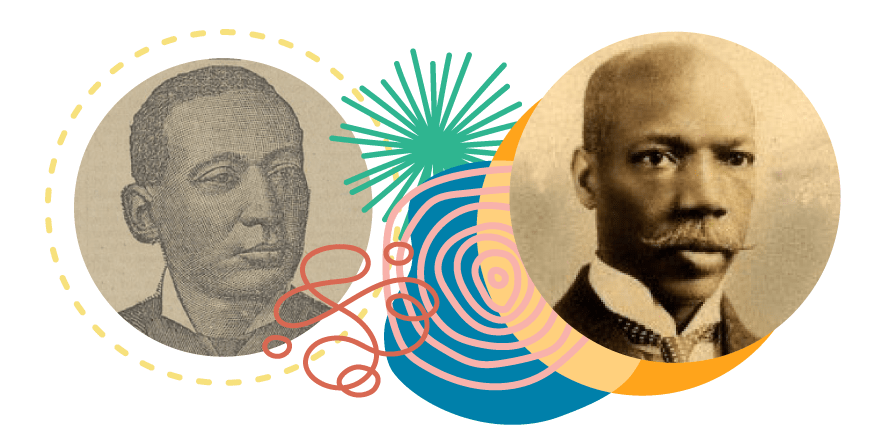 In 1926, Wendell P. Dabney, a prominent Black leader in Cincinnati, published Cincinnati’s Colored Citizens “to eradicate much of the prejudice against us, that owes its origin to the ignorance or superficial knowledge of our white citizens.” He was surprised to find “that apart from tradition, a few scattered church notes and the recollections of several survivors of the past, there was little Negro history” for Cincinnati.

As owner of Cincinnati’s Black weekly newspaper, the Union, Dabney sought to correct this glaring historical omission and after three months of writing published Cincinnati’s Colored Citizens, which from that time on would serve as the most authoritative resource for studying the history of Cincinnati’s Black community. In his book, 100 Who Made A Difference, author Barry M. Horstman commented that Dabney’s book was “a widely praised volume believed to be the first book published in Ohio on blacks’ history and achievements.” Cincinnati's Colored Citizens has been digitized and is now available in CHPL's Digital Library, opens a new window.

Dabney used all the historical references he could find on Cincinnati’s Black history for his book, including the historical article Negroes of Cincinnati Prior to the Civil War written by Carter G. Woodson, the founder of the Journal of Negro History and later, Black History Month. Having come to Cincinnati in 1894, he also relied on the elders of the Black community to provide him with information on people, places, and organizations that existed before his arrival. Gathering all of this information in one book was a first, but he supplemented it with brief biographical entries and photographs of current prominent Black citizens of Cincinnati. Unfortunately, his book would not accomplish the purpose he set forth, and it would be more than 70 years before other books on the history of Cincinnati’s Black community would be published by authors such as Nikki Marie Taylor, author of Frontiers of Freedom: Cincinnati’s Black Community 1802-1868 in 2005.

An often-overlooked but valuable resource providing insight into the history of Cincinnati’s Black community is the Library’s collection of African American Society Columns. These weekly newspaper columns appeared in some of Cincinnati’s daily newspapers from December 1883 through 1897. CHPL’s Genealogy & Local History Department has begun digitizing these and placing them on the Digital Library, opens a new window.

These columns are unique in that they were often written by Black journalists for the mostly White newspapers at a time when coverage of Black citizens was mostly relegated to crimes they were alleged to have committed. These columns, like the White society columns, reported on events and people who generally were more affluent and educated in the Black community. However, they often ventured far from typical society columns, as the authors editorialized on civil rights and racial issues both in Cincinnati and the United States.

In some cases, these columns provided images of the leaders in the Black community, another unprecedented action at the time. Also unusual was that the authors often referred to the married women by their given first names, rather than the usual convention of referring to them only as married women such as “Mrs. Robert Harlan.” These rare naming conventions provide rich genealogical information during a time when many records were tragically lost in a 1921 fire destroying the 1890 U.S. Census records.

These columns provide information on Cincinnati’s Black community as it happened, which can then be compared to references in Dabney’s Cincinnati’s Colored Citizens, published forty years later. At times, one can find more accurate information on people or events in the columns than what Dabney recorded.

Strikingly, there appear to be glaring omissions of some prominent Black leaders in Dabney’s book. For example, Samuel W. Clark, a leader of Black Masonic organizations as well as a respected teacher in the Black schools of the time, is mentioned more than a hundred times in the African American Society Columns and yet briefly mentioned in just two sentences by Dabney.

Leonidas H. Wilson is another Black citizen who is noted more than a hundred times in the weekly columns, as he was a philanthropist and a Masonic leader and also held the esteemed position of working at the Third National Bank. He is mentioned but once in Dabney’s book. These are men Dabney knew personally, however, their lack of recognition may be due to the fact that they were leaders in the Republican Party, the leading political party for Black citizens at the time, but one with which Dabney would have profound disagreements.

Together both Cincinnati’s Colored Citizens and the African American Society Columns, available on the Digital Library, opens a new window, provide rare and interesting insight into Cincinnati’s vibrant Black heritage.

Start exploring research-level resources and services available through the Library's Genealogy and Local History Department. Visit in-person at the Downtown Main Library or make a free appointment, opens a new window with our expert Librarians and discover something new!