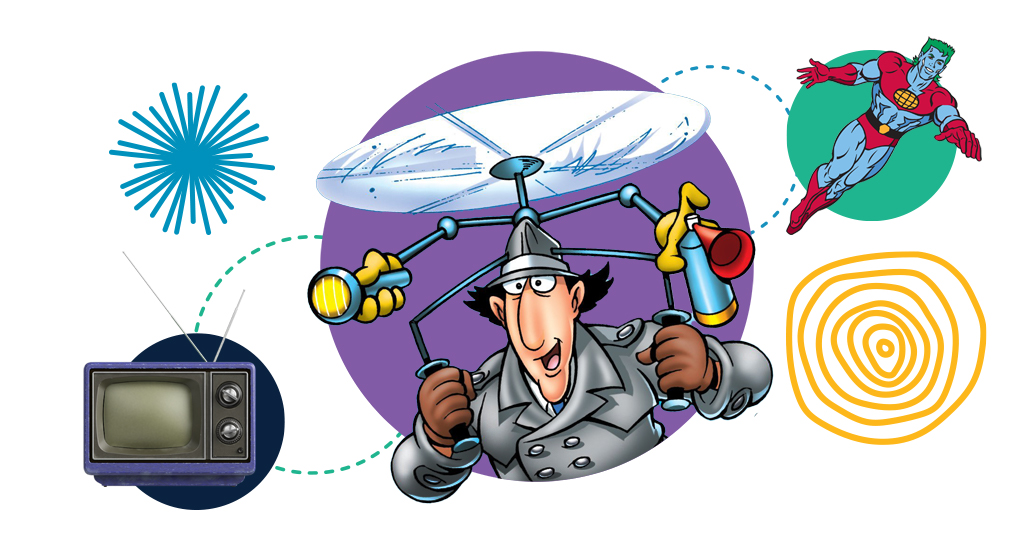 Was there any feeling better than waking up on the weekend, pouring a mountain of sugary cereal into a bowl, and plopping down in front of the TV for some Saturday morning cartoons? Ahh…the relaxation. Although our cereals have more fiber and chores fill our weekends, we still can enjoy Saturday mornings anytime. All you need is a computer and your handy-dandy Cincinnati Library card. Plus, as part of the CHPL’s Winter Checkout Challenge, you can have a chance at winning sweet prizes just for watching cartoons!

The following cartoon picks are available to stream or download on Overdrive, Hoopla, and Kanopy. Prefer to watch cartoons on DVD? Stop in to browse our collection, or place a hold online then pick up at one of our curbside or drive-thru locations.

Saturday morning TV existed mostly to sell toys. Transformers and Teenage Mutant Ninja Turtles, for example, started as glorified action figure commercials. It is no surprise, then, that as toys went digital, our video games leapt onto Saturday morning airwaves. 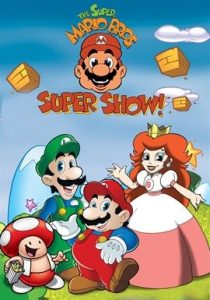 “Swing your arms from side to side! Let’s do the Mario! All together now!” Super Mario jumped onto the small screen in 1989, mixing cartoon segments with live-action skits starring WWE Superstar “Captain” Lou Albano. Guest stars included Elvira Queen of the Night, Moon Unit Zappa, and pop music icon Cyndi Lauper. As an added bonus, The Super Mario Brothers Super Show! featured perhaps the greatest Star Wars crossover of all time.

Do the Mario with:

The Legend of Zelda

I’m going to be honest: when the Legend of Zelda cartoons first aired, I thought they represented the apex of human artistic endeavor. Now, the show exists mostly as fodder for internet memes: “Well excuuuuse me, Princess!” 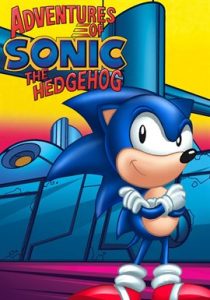 Long before he rubbed elbows with Jim Carrey on the silver screen, Sonic the Hedgehog was a ‘toon with attitude. He loved chili dogs and sounded suspiciously like Urkel from Family Matters (“Did I do that?”).

Stream at Sonic-speeds with: The Best of The Adventures of Sonic the Hedgehog

Saturday mornings weren’t all animation, though. Some of the most beloved shows featured real people in real(ish) situations. 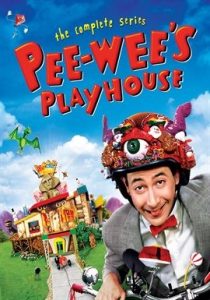 Looking back, it’s astounding this show ever got made. A talking chair? A genie in a box? Screaming at the “Secret Word?” Paul Reubens starred as Pee-wee Herman, with an award-winning supporting cast that included Phil Hartman, Lawrence Fishburne, and S. Epatha Merkerson.

Hang out with Cowboy Curtis at: Pee-wee's Playhouse

We wouldn’t have Mark Rober’s Glitter Bombs or Bill Nye the Science Guy if not for The O.G. (“Original Genius”), Mr. Wizard. After earning distinction as a B-24 bomber pilot in World War II, Don Herbert returned stateside and found work in radio and television. Using household materials, his “Mr. Wizard” character showed children the magic of science in action.

Learn how to boil water with an ice cube with: Mr. Wizard’s World

Some Saturday morning shows came and went with little fanfare. Biker Mice from Mars? Rambo and the Forces of Freedom? ProStars? Not every show is a winner. Some ‘toons, though, stand the test of time, their faces forever etched on the Mount Rushmore of Saturday morning television. 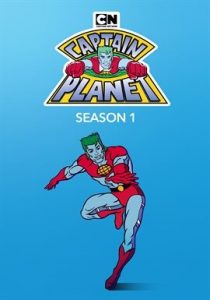 I bet the theme song is already in your head: “Captain Planet, he’s our hero! Gonna take pollution down to zero!” By the combined power of his Planeteers’ magic rings, Captain Planet battled eco-villains like Hoggish Greedly and Verminous Skumm to make the Earth a cleaner, better place.

Kids today probably know Casper as the cheese-puff eating ghost from a GEICO commercial. Give them an education on what a quality cartoon looks like with Casper and his cast of magical friends.

Jump and play, sing and dance with: Casper the Friendly Ghost: The Complete Collection 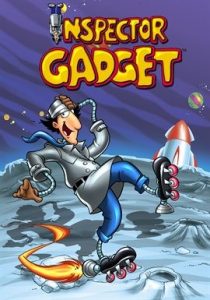 Who wouldn’t want a helicopter for a hat or spring-loaded legs? Aided by his niece, Penny, and their dog, Brain, Inspector Gadget never fails to foil the evil Dr. Claw and leave him shouting, “I’ll get you next time Gadget! Next time!”

“Here I come to save the day!” Mighty Mouse began as a simple spoof of Superman serials but grew into a pop-culture phenomenon. If that wasn’t enough, the Cincy Library’s Mighty Mouse collection also features Popeye and Felix the Cat!

Save the Day with: Mighty Mouse and Other Cartoon Treasures

Other classic cartoons streaming from the Cincinnati & Hamilton County Public Library include:

It really is Saturday morning anytime you want. So, the next time you have a long lunch break or a few spare minutes on a Tuesday night, pull out your library card, boot up your Smart TV or streaming device, and relax with that Saturday morning vibe. You’ll have to bring your own sugary cereal, though.

For more information and to register for the Library's Winter Checkout Challenge, please visit CincinnatiLibrary.org/winter.