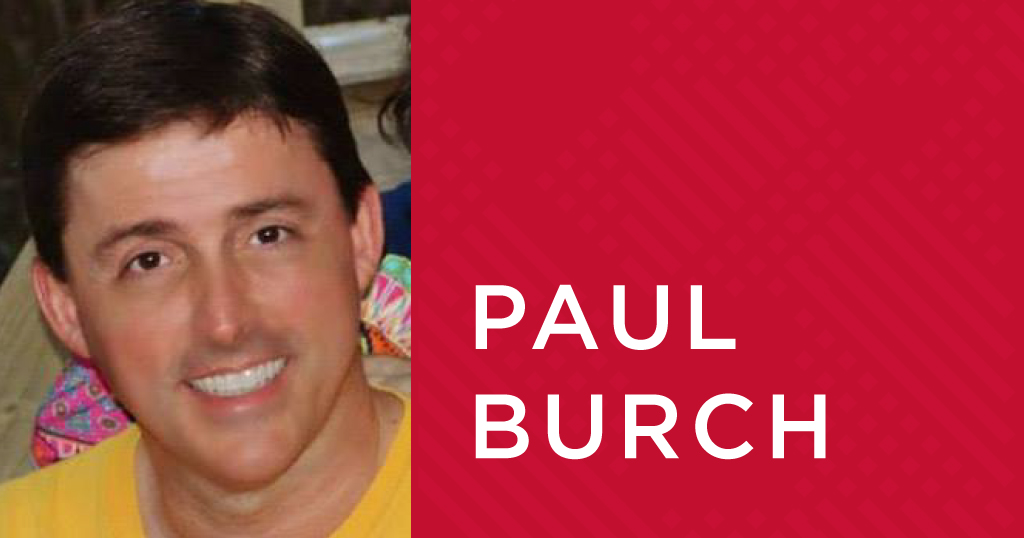 I will never forget the first time I met him. He was big. He was loud. He had wild hair and an unkempt beard. He also seemed irritated. If I am being honest, I might have avoided him if I had run into him anywhere but the Library. His obvious anger, as well as his imposing build, was intimidating. As one person commented to me later, “He could have broken you in half if he really wanted to."

This interaction was several years ago. At that time, I was the Circulation Manager at the Downtown Main Library. In that role, one of my responsibilities was to make sure that policies were enforced, including those that involved registering for Library cards. Back then, we did not have the options of the several different card types as we do today. This sometimes made signing up for a Library card difficult. This was one of those times.

“I need a Library card!” he said loudly, nearly yelling with desperate intensity in his voice. I told this customer (who, for the purposes of this blog, I will call “Vince”) that I would be glad to help him get a card. Did he have his I.D. handy?

We have a number of regular customers experiencing homelessness at the Downtown Main Library, so I didn’t initially think this would be a barrier to getting a Library card. At the time though, even our “visitor” Library card required a letter from a shelter or some other such address verification. I told him we would need that if we were going to process his application.

Visibly frustrated, he yanked the paper Library card application out of my hand and stormed out of the building, muttering. He would come back twice over the next couple of days, each time, unfortunately, bringing incorrect documentation. His anger and volume understandably rose each time, but I tried to respectfully talk him through each situation. Eventually, we had enough documentation to get him his visitor card.

For the next few months, I would see him visit the Downtown Main Library each day, mostly to use our computers. He didn’t raise his voice again, though admittedly those earlier encounters were never far from my mind when I saw him. I just didn’t want any more incidents!

One day, he just stopped showing up. When you have people who become daily regulars, and then you don’t see them anymore, you can't help but grow concerned. I thought about Vince a lot during that time, and because of his lack of housing, I feared the worst.

After about a year, Vince once again came into the Library. I almost didn’t recognize him! He'd shaved, wore new clothes, and (perhaps most strikingly) he had a smile on his face, which I had not seen before. “I was looking for you,” he said.

“I wanted to thank you.”

“For saving my life,” he said.

I am sure that my mouth flew open at that comment, as I didn’t see that coming. “What do you mean?” I asked.

At that point, Vince proceeded to tell me his incredible story. He was a military veteran who, through a series of personal tragedies, had fallen on hard times and lost his home. Making matters worse, he wasn’t receiving his veteran benefits and checks because of a paperwork error. He said that the Library saved his life because it not only offered him sanctuary; it also gave him the tools he needed to re-apply for his benefits. Eventually, the paperwork error was corrected and he received several months of back-pay. With this, he was able to get an apartment, then a new job, and he proceeded to turn his life around.

A chill ran down my spine, and I couldn’t help but tear up as I listened to him. It was almost surreal. This man, who had served our country honorably and endured tragedies and horrible situations, was thanking me just for doing what we do every day at the Library! It was a profound experience.

It made me recall the quote from the book of Esther, “Perhaps this is the moment for which you have been created”. We often receive positive feedback from customers that make our day, our week….sometimes even our year. Vince’s story, however, made my career. It was that moment with him that I knew undoubtedly that working at the Library was what I wanted to do for the rest of my life.

People have sometimes asked me if libraries are still necessary. I even had a close friend say to me “Why do I need to go to a library? I have Google.” Let me tell you – Google would not have turned that man’s life around.  I am so proud to have met him, and to have played a small part in his ultimate victory that the Library helped facilitate. Unfortunately, I have not seen him since that day, but I would love to know what new successes Vince has achieved. He is an extraordinary person.

I mentioned earlier that, at the time, our Library card types were somewhat limited. I am happy to report that we have expanded the number of our types of Library cards dramatically, making it easier to meet the individual needs of our customers. We even have a military card, designed to help those who are stationed temporarily in other places. I am also proud to mention the Veterans Day celebration at the Downtown Main Library every year. It is a wonderful event – mixing military music with amazing stories from the veterans in attendance. This year, Dr. Robert Hamilton will be our guest speaker.  Year after year, this event never fails to create a sense of awe in anyone who experiences it.

There is another, less well-known quote that I think of often, and I find it especially relevant for those of us who work in libraries. It comes from Maria Rose Belding, co-founder of MEANS database, which assists with food pantries across the United States. She says, “The lives of others may be beyond our experience, but they should never be beyond our empathy”. Because of the Public Library of Cincinnati and Hamilton County, my co-workers and I have been able to touch lives such as Vince’s and many others that we otherwise never would have met. I am humbled and proud to have had those opportunities.