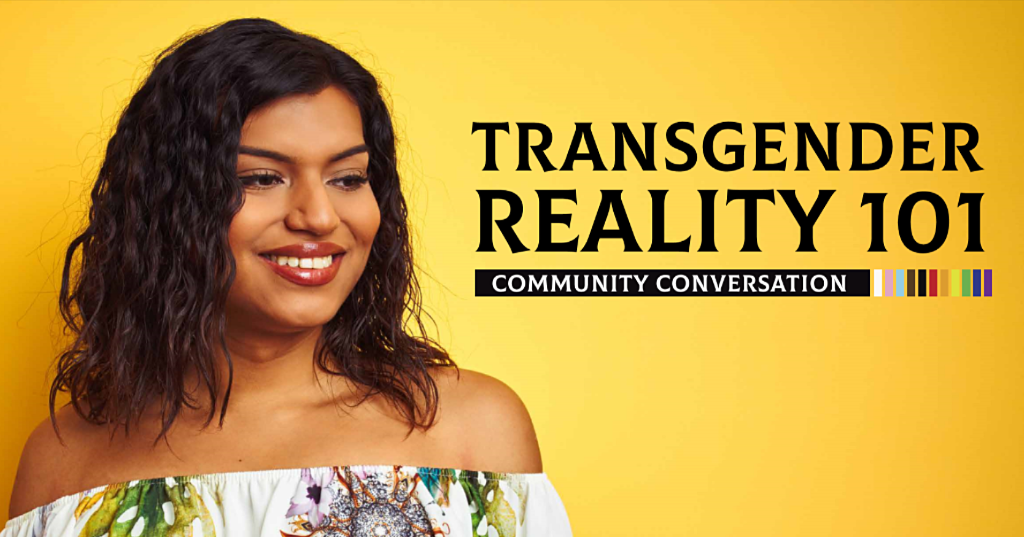 In preparation for the conversation, we created this video with Ariel, Shane, and Aimee to discuss their life experiences as people who are trans and what they hope folks walk away with from the event. “There’s a wide variety of trans people,” said Aimee. “[We hope to] show some of that in this conversation […] that we all have different opinions, we’re all living different lives. There’s not a ‘trans lifestyle’. We’re just people trying to get through our lives as best we can.”

A 2016 study by the Williams Institute of Law at UCLA, opens a new window found an estimated 1.4 million adults in the U.S. identify as transgender. It’s likely this number could be much higher as it doesn’t include people under the age of 18 and is based on people who feel comfortable self-reporting.

The umbrella term “transgender” can also include nonbinary (NB or Enby), genderqueer, gender non-conforming (GNC), gender fluid, or as some Indigenous people of North America have adopted, the pan-Native American or First Nations identity Two-Spirit. These are just a few of the many terms people use to name their gender identity. No term, experience, or type of person is a monolith.

“We are actual humans who have jobs, who have lives,” said Ariel. “[…] When cis people think of transness, they might think of the “liberal class” where we’re talking about pronouns and this and that, but it’s so much more than that.”

“[…]Pronouns and can be used respectfully or they can be used in bigotry,” noted Shane. Some trans folks use binary she/her/hers or he/him/his pronouns, while others use gender-neutral pronouns, opens a new window like they/them/theirs. Merriam-Webster recently recognized, opens a new window the singular use of "they" (which is actually very old) as a nonbinary pronoun in the official English dictionary. It is respectful, grammatically correct, and mandatory to use someone's correct pronouns.

Intentional misgendering is both harmful and disrespectful. If you accidentally mess up, Rose Dommu on Out.com, opens a new window recommends that you quickly apologize, correct yourself, and not do it again. “Please do not turn your apology into a monologue or use it as an opportunity to proclaim your support for trans people," says Dommu. “Misgendering happens most often in public/social situations, and they’re already embarrassing enough without you creating a spectacle.”

The fact of the matter is, transgender people have always existed. The notion of gender itself is a social construction that was not recognized for thousands of years and is largely a product of European colonial thought. For example, prior to first contact, many Indigenous cultures believed "the people" exist outside the gender binary as a multidimensional social role. Today, some Tribes recognize at least four to six "genders". Hijras in the subcontinent of India and kathoeys in Thailand have been recognized since ancient times and remain so today. These are only a few examples that span both history and the globe.

While transgender identity is nothing new, there are still many everyday things and activities that cisgender people (people who identify with their sex assigned at birth) simply don’t have to give a second thought to the way folks from the trans community do. These include things like drivers licenses and IDs that may or may not reflect their correct name and gender identity, clothing, restrooms, healthcare access, and more. “My biggest trepidation when I transitioned was using the bathroom," said Shane. “I had never been in a man’s bathroom. I did not know how to navigate the space. It was terrifying and I just tried to avoid it.” For trans people, barriers and lack of gender affirmation in many spaces can be emotionally devastating and sometimes physically dangerous, both here in the states and sometimes even more so in other countries.

However, the U.S. has come a long way in the past 10 years. Now more than ever before, trans people are feeling empowered to live publically as their authentic selves. Innovations like the internet and social media allowed members of the trans community to connect with each other in ways they could not before, especially in smaller cities and more rural, isolated parts of the country. “When I was about 5 or 6 years old I tried to come out to few people. This was the early ‘60s. It did not work really well,” said Aimee. “I really don’t have too many memories because I repressed all that and it wasn’t until I was 56 that it came back to me, 'oh that’s what I am. That’s why I’ve never felt comfortable in any of these situations in my life.' […] I’ve found it very easy to adopt a lot of the feminine roles because it’s just who I am. For the first time in my life, I’m not kind of watching myself and making sure I’m playing the [gender] role right. It’s been very nice to be able to do that.”

More television and movies portray trans and gender-nonconforming folks than ever. Shows like Pose, which features more trans actors, many of them of color, than any show to grace the small screen before. “I never really realized I was trans until I watched The L Word,” noted Shane. “There was a trans character, Shane, who transitioned.”

Ariel had a similar experience. “I saw movies with trans characters, but the first time I really questioned my gender identity, or that I saw myself, was when I saw Glee. There was this character, Unique, who was a Black trans girl who went to a high school and who dealt with a lot of push back from classmates and everything. And while that whole plot point was a little bit problematic, just because it was a cis gay man playing that role, it was still very revolutionary for that time.” 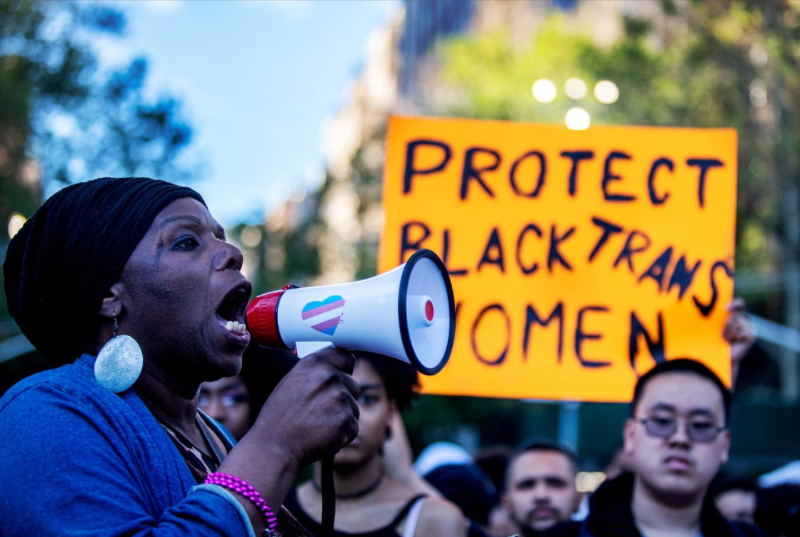 Since January 2019, at least 19 transgender people have been killed, a majority of them Black trans women. “It’s become an epidemic,” said Ariel. “[…] I would consider myself to be a pretty big figure in Cincinnati, not like “famous”, but I’m pretty well known and I’m very open about being trans, especially within online spaces. So you know, I’m always wondering…am I next?”

This month, the Supreme Court is set to rule on a landmark case that could determine whether federal law forbids sex discrimination in the workplace on the basis of gender identity and sexual orientation. Since 2017, rollbacks on everything from trans-accessible bathrooms to the ability of transgender people to serve in the military were instated on a state and federal level.

This is only part of the reality transgender people face today. We hope you’ll join us for the Transgender Reality 101 Community Conversation on October 22, 2019. In developing this event, Library staff consulted with members of our partnering trans wellness organizations. Together, we decided to hold this event in Blue Ash as a central location with regional appeal, making note that transgender people don't always live in urban communities. Attendees will have the opportunity to speak with our partner organizations as well as share their own life experiences in a safe and respectful environment.