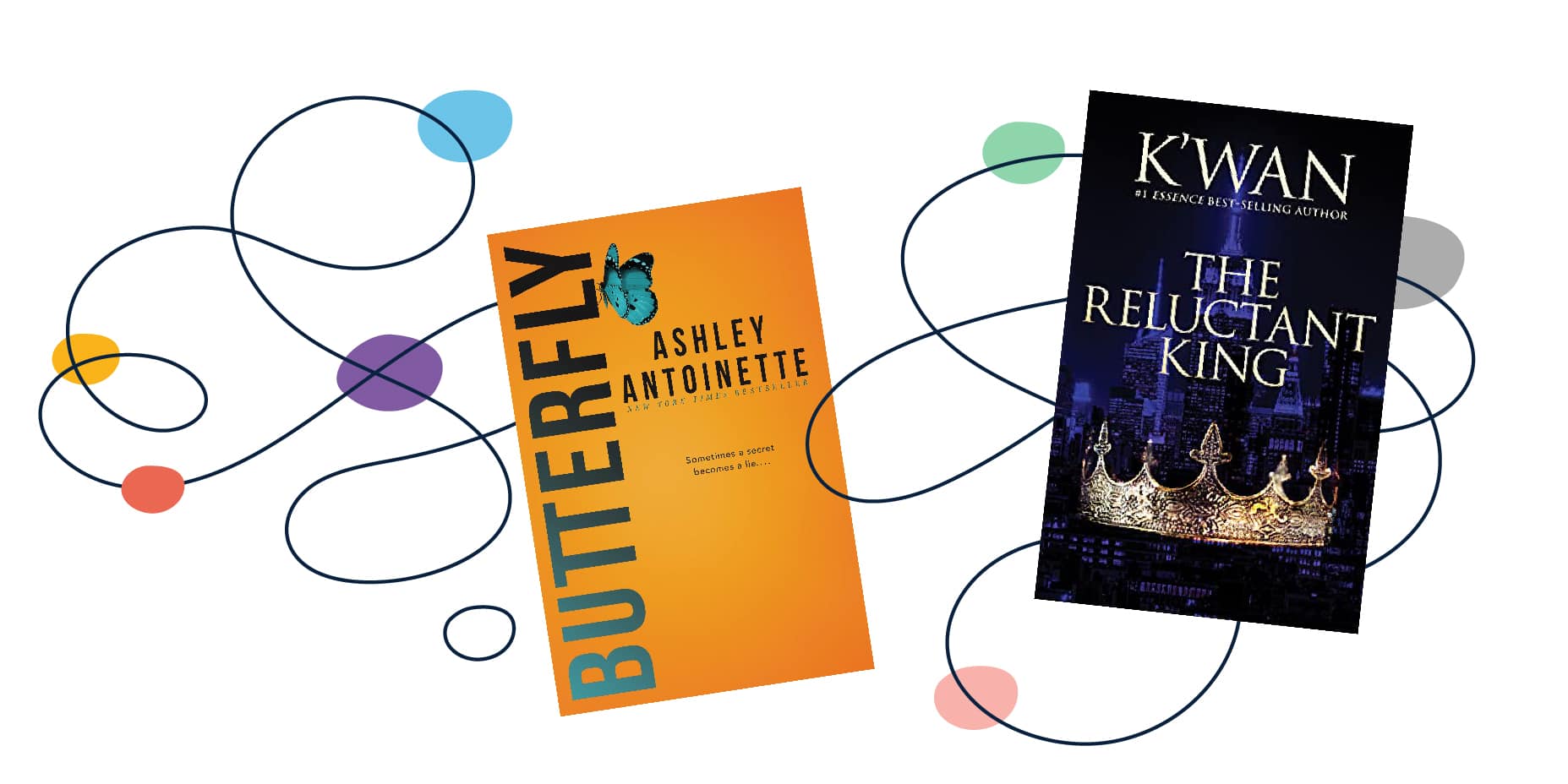 On the last Thursday every other month, one of the Cincinnati & Hamilton County Library’s book clubs meets at 7 p.m. sharp. But this is not just any book club. Meeting virtually for the past two years, the Urban Fiction Book Club, opens a new window is full of lively discussion, friendly faces, and of course good books.

The Urban Fiction Book Club meets virtually via Zoom so you can discuss this month’s story without venturing out on a cold, winter night. Attend each meeting from your computer or mobile device, grab a good snack, and get ready to talk about this month’s page-turner. What's more, as a CHPL book club there are no waits and no holds for each meeting’s book.

Covering one of the Library’s most-read genres, the Urban Fiction Book Club dives into different topics each meeting, with a wide variety of books each year. Free to join, this club provides the opportunity to connect with new and old friends and see a story from a different point of view. Take it from one of our members: “I enjoy our discussions. You all get me to see things from a different perspective and I can share my thoughts with you all as well. That's better than talking with myself when I'm done with the book.”

The first meeting of the new year is soon! If your new year’s resolution was to start a reading challenge this book club will help you get some books under your belt. Come join our lively discussions, opens a new window! 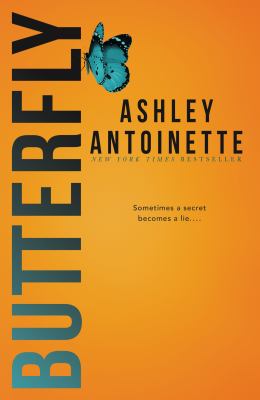 Run away from the boy that give you butterflies, he's going to break your heart." Morgan Atkins had been told that phrase ever since she was a little girl and still she allowed herself to fall for the boy that made her heart flutter. After losing her first love, Morgan is terrified to love again. She's settled for a comfortable life with a respectable man. She has everything. She's living in the lap of luxury and although she's comfortable, she's bored out of her mind. When a ghost from her past blows into town, she finds herself entangled in an illicit affair. It's wrong, but she can't fight the butterflies he gives her and honestly, she doesn't want to. She can't hide the natural attraction she feels and soon, she's so deep involved that she can no longer tell where the boundary between right and wrong lies. Her heart is telling her one thing, but her head is saying another. Morgan Atkins has always been a spoiled girl and she tries to have it all, but when she's forced to choose between a good man and a bad boy, someone will end up hurt. Someone just may end up dead. Register on CincinnatiLibrary.org, opens a new window 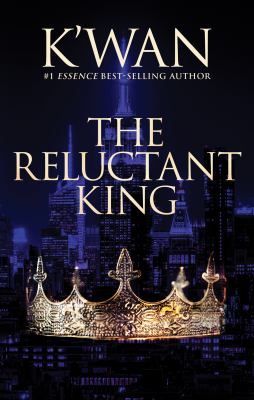 March 31 The Reluctant King, opens a new window by K'wan

A politically connected father, a socialite mother, and three promising children: they look every bit the all-American family ... but every family has secrets. Some darker than others. Of all the children, Shadow is the least like the rest of the Kings. To call him soft wouldn't be quite accurate, but he lacks the leadership qualities of his older brother, Ghost, or the ruthless tendencies of his sister Lolli. Shadow is just ... Shadow. Instead of accepting his role in the Monarchy created by his father, Shadow would rather spend his days chasing women and hanging out in the hood. He is totally oblivious to the perils that come with his last name--until danger introduces itself. On the night of their mother's fiftieth birthday gala, their father, Chancellor, is set to announce his plans to turn his political focus beyond his current position as a member of the city council. He has tasted the benefits that come with holding office, and has the power and influence to make a serious run at climbing the political ladder. The future is looking bright for the King family. That is, until the devil comes to claim his due, and threatens to destroy everything Chancellor has worked to build. Register on CincinnatiLibrary.org, opens a new window 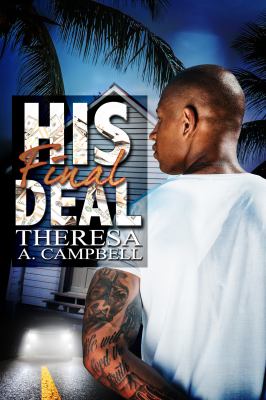 May 26 His Final Deal, opens a new window by Theresa A. Campbell

Raymond Brown, popularly known as Smooth Suave, is one of Jamaica's biggest drug lords. With eight children by six baby mommas and counting, he's a player for life. A true baller, he luxuriates in his wealth. He's a shot caller with soldiers wheeling and dealing all over Jamaica. It's Suave's world, and everyone else just lives in it ... or so he thinks. His nemesis, King Kong, sees it differently. They've been rivals since childhood, and King Kong is hell-bent on destroying Suave at any cost. As the war over power, drugs, and money intensifies, from Wilton Gardens to Arnett Gardens, bodies are dropping like flies, washing the island of paradise in blood. It is the murder and kidnapping of two of Suave's loved ones that brings him to his knees. Being framed for murder, hunted by the cops, pursued by his enemies, betrayed by friends, tormented by a horrid secret, and fighting to protect his family and empire, Suave is nearing his breaking point. Yet, he isn't going down without a fight. Voilà! Suave makes a deal to eradicate his enemies, but if it backfires, it could very well cost him his own life. Then God counteroffers Suave's deal with His own--one that will undoubtedly give Suave the victory he needs but requires him to give up his drug empire and turn his life over to the Lord. With his motto being "I don't do God," will Suave accept God's deal, or take the risk of his own deal? Register on CincinnatiLibrary.org, opens a new window 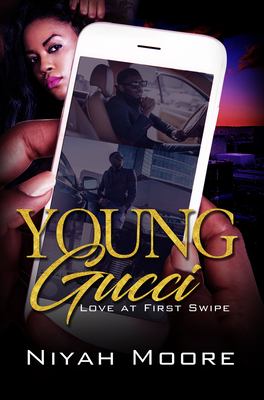 Love isn't about how much you say I love you, but how much you can prove it..." Finding love in the club wasn't working for Soraya after she dumped her ex for going to jail, so she tries to find love online. Thousands of women have found love with a simple click of the mouse, and she wants to test it out for herself. Just when Soraya thinks that spending hours online looking for a man is a complete waste of time, she finds YoungGucci90's profile. Looking at his hazel eyes in his pictures, she falls in love instantly. Though her roommate is convinced that he's a catfish, Soraya sees him at a concert at the House of Blues in West Hollywood. Fast romance blossoms and everything seems to be too good to be true. Though he is the guy from his online profile, he hasn't been honest about who he really is. Hiding behind a persona he's created to keep his real identity safe, will he find it's too late to come clean? Register on CincinnatiLibrary.org, opens a new window 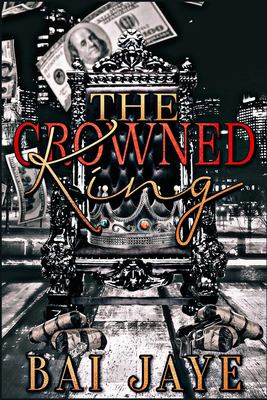 In a blink of an eye, Sunshine Joseph loses both parents to a tragic car accident. Chaos soon follows. Sunshine grew up oblivious to the life of crime surrounding her. Both of her parents were Trauma Surgeons at a top local hospital. As the truth unfolds Sunshine finds herself in the middle of a world, she wasn't ready for. She already had her life planned out, finishing college for a degree in International Business, she dreamed of taking Coco Beanz by storm. An international coffee company owned by her best friend Javier's family based out of Caqueta, Colombia. Sunshine is forced to swallow the hard truth about Coco Beanz and her life, that she would have never imagined. A whole new underground world opens that she is scared to navigate in. Can Sunshine survive with Javier by her side? Or will she crack under pressure? Javier will do anything to protect Sunshine, but will it be enough? Register on CincinnatiLibrary.org, opens a new window 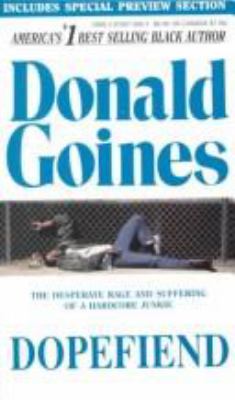 Trapped in the festering sore of a major American ghetto, a young man and his girlfriend—both attractive, talented, and full of promise—are inexorably pulled into the living death of the hardcore junkie. It is a horrifying world where addicts will do anything to get their next fix. For twenty-three years of his young life, Donald Goines lived in the dark, despair-ridden world of the junkie. It started while he was doing military service in Korea and ended with his murder in his late thirties. He had worked up to a hundred-dollars-a-day habit—and out of the agonizing hell came Dopefiend. Register on CincinnatiLibrary.org, opens a new window

Find more library book club events, staff book picks for your own club, and information about our book club library card on the book club page, opens a new window.