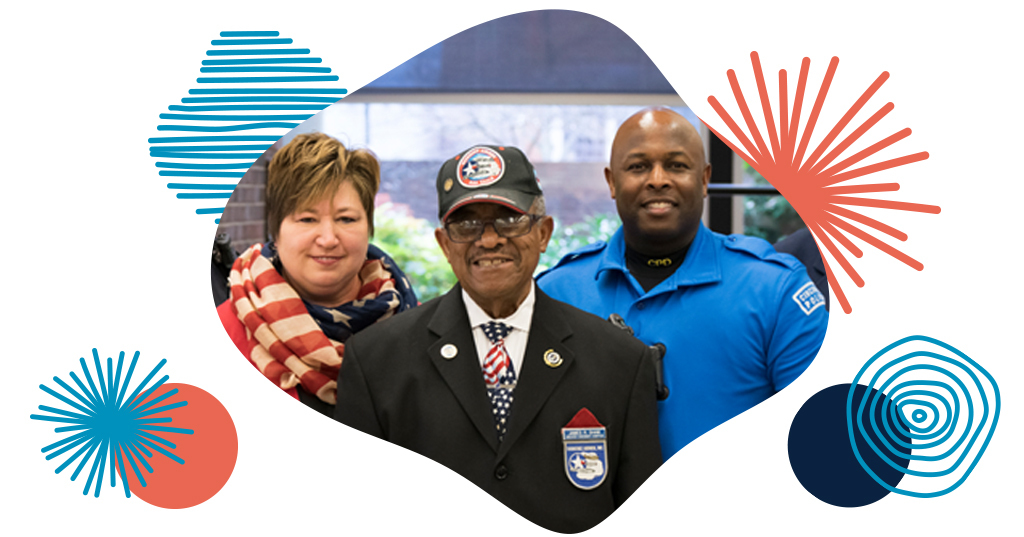 We're not letting the pandemic get the best of our annual Veterans Day celebration, it's just going to look a little different this year. Instead of an in-person event, we're premiering a special video.

“In Their Own Words,” honors veterans through the power of storytelling. The video highlights the library’s extensive Veterans History Project archive on YouTube that features hundreds of hours of interviews with veterans.

“As sad as we are not to be honoring all our veterans in person with our annual program, we are thrilled to be able to share their stories with the community,” said Paula Brehm-Heeger, the Eva Jane Romaine Coombe Director of the Library. “We hope everyone takes the time Nov. 11 to safely thank and recognize the veterans in their own communities.”

The video program presents poignant moments from these interviews and share more information about the project, as well as information about how viewers at home can support local veterans in Cincinnati and Hamilton County. The series airs tomorrow morning on Veterans Day, Nov. 11, 2020, but can viewed at any time afterwards.

Books to Honor Our Veterans

Commemorate Veterans Day with a patriotic read to honor our courageous veterans.

President George W. Bush paints members of the U.S. military who have served our nation with honor since 9/11.

Go behind the scenes with Senator Tom Cotton, a former member of Arlington National Cemetery's Old Guard (the Army's official ceremonial unit founded in 1784) as they perform duties and stand guard at soldiers' funerals.

Section 60 of Arlington National Cemetery is the burial place for the casualties of America’s most recent conflicts.

This moving book highlights some of the many objects left by visitors at the Vietnam Veterans Memorial.

When journalist Brokaw returned to Normandy for the 50th anniversary of the D-Day invasion, he gratefully came to understand that this generation of Americans is the greatest generation any society has ever produced.

The author of Washington's Immortals describes the history of the Tomb of the Unknown Soldier in Arlington National Cemetery and tells the stories of those laid to rest there, as well as the veterans serving as Body Bearers.

Finkel stays with the men of the 2-16 Infantry Battalion (The Good Soldiers, 2009) after they return home to Ft. Riley, KS. Plagued with physical and psychological wounds, they are fighting the good fight every day. (Booklist)

To learn more about the Veterans History Project at cincinnatilibrary.org/genealogy-history/veterans/.