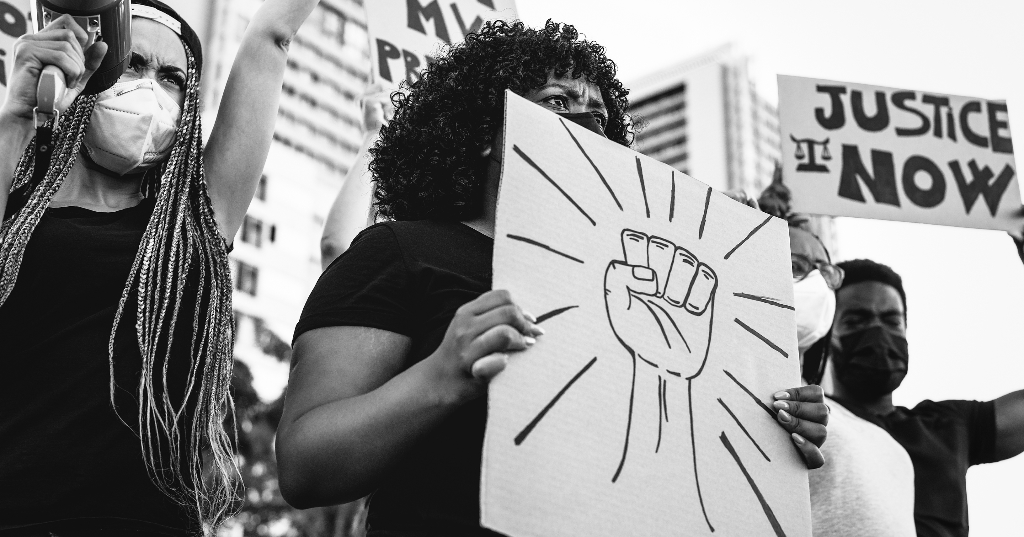 From 2013 through 2017, I followed Black Lives Matter (BLM) organizing closely and wrote about it for several publications. Given the recent nationwide uprisings and efforts to root out structural racism in policing and other institutions, I’ve been reflecting on what I’ve learned through my reporting.

I had the opportunity to share these reflections on June 10, when the San Francisco Bay Area bookstore Book Passage, opens a new window hosted the panel discussion “Racism in America: Police Brutality & the Movement for Change.” I joined Bay Area writers Aya de Leon, Brian Copeland, and Paula Farmer for a wide-ranging conversation, which you can watch in its entirety on the Book Passage website, opens a new window.

As follows, and in the edited video above, are some of my contributions to the conversation. Check out the links to articles that provide background and context for the moment we’re living through.

1. Many of today’s protestors and organizers have been willing to take big, creative risks together. They’ve been building relationships and trust while creating a “leader-full” movement that rejects the elevation of one charismatic leader.

2. This multiracial, multiethnic movement is Black-led. It’s important to note who is driving the strategy and messaging, and understand the origin stories that have brought key national organizers into leadership.

“The Black Lives Matter Movement is Most Visible on Twitter. Its True Home is Elsewhere, opens a new window,” April 2016

3. This movement creates opportunities for protest and engagement in electoral politics. In the run-up to the 2016 presidential election, BLM organizers made demands of the Democratic candidates. During the Trump administration, they’ve continued to engage the electoral process both on the federal and local levels.

4. The demand to “defund police” is part of a broader conversation about divesting from certain institutions and investing in others. Since at least 2016, BLM organizers have been advancing the idea of getting military-grade equipment out of the hands of law enforcement and asking schools to end relationships with police who patrol their campuses.

“What Does Black Lives Matter Want? Now Its Demands Are Clearer Than Ever, opens a new window,” August 2016

I’m continuing to watch and learn from this historic time. What have been your takeaways as you observe or engage in protests? Please share with me on Twitter at @drmcclain, opens a new window.

At 4 p.m. Friday, July 17, I’ll be hosting the workshop “What Does It Take to Speak Truth to Power?” about how to write op-eds and letters to the editor. Join me to practice writing news analysis and commentary that has the power to inform opinions and frame the news of the day.