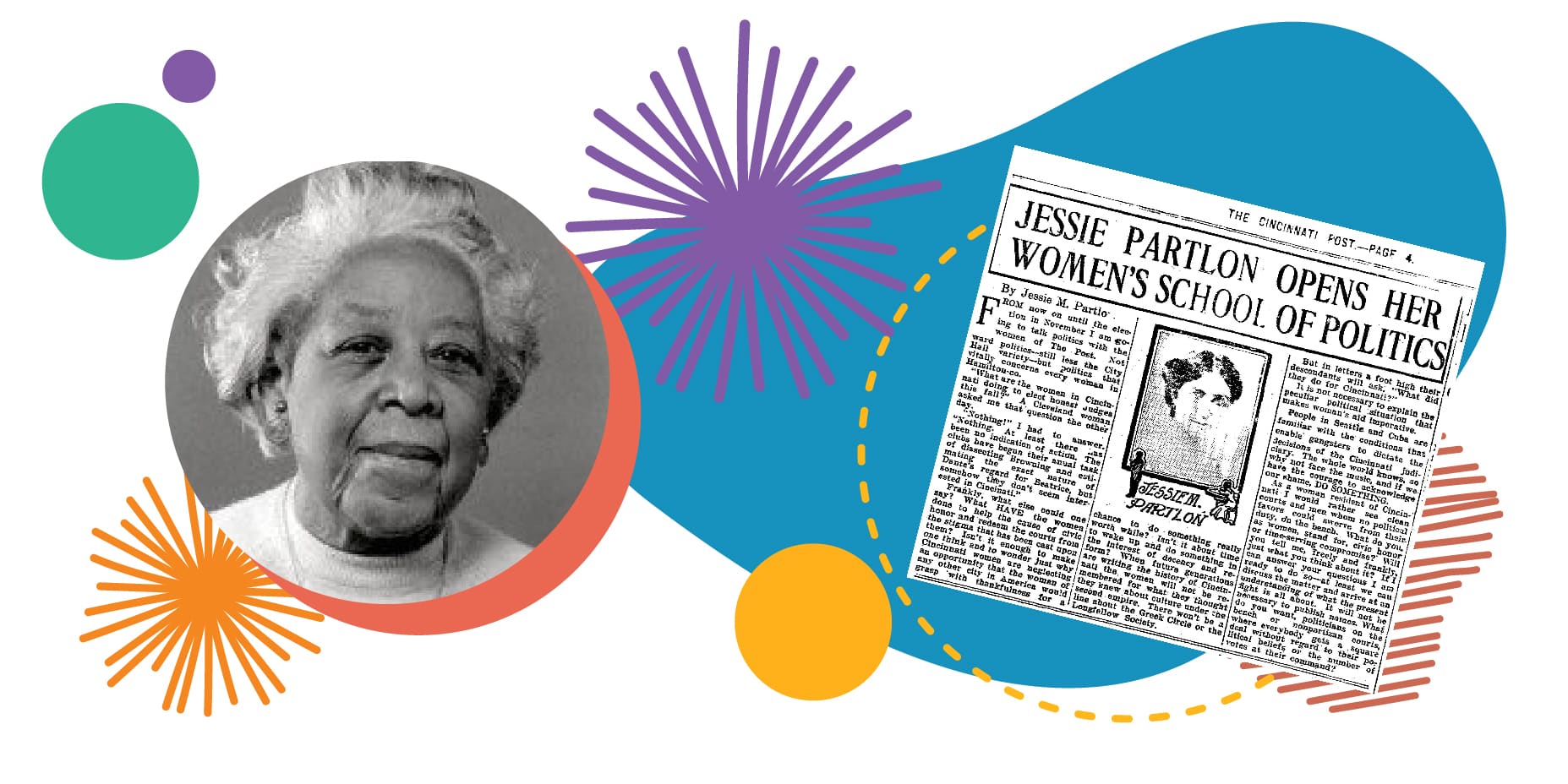 To properly recognize the stories and successes of women, we must acknowledge their challenges and what they have overcome. Discover a few notable Cincinnati and Ohio women and the struggles and movements that helped drive society forward.

The Abolitionist Movement and Contributions of Black Women

Ohio was an important state in the abolitionist movement and the freeing of slaves. Many places in Ohio, including Cincinnati, were vital parts of the Underground Railroad. Harriet Beecher Stowe is a notable Cincinnati voice whospoke out against the injustice of slavery, however many lesser-known Ohiowomen also fought fiercely for abolition.

One such person was Sarah Fossett, a prominent African-American woman and sought-after hairdresser to the city’s socialites. In Cincinnati, she married Peter Fossett, a former slave of Thomas Jefferson, and the couple worked with abolitionist Levi Coffin to help many people escape slavery through the Underground Railroad. Sarah Fossett helped her husband form the First Baptist Church of Cumminsville in 1870 and volunteered at orphanages around Cincinnati.

Coincidentally, a friend of the Fossetts, Levin Coffin’s wife, Catharine, began the Ladies Anti-Slavery Sewing Society in Cincinnati in 1847. This sewing circle made clothes for formerly enslaved people and helped many others escape on the Underground Railroad. One early member of the sewing society was Margaret Bailey, whose husband advanced the money to Harriet Beecher Stowe to write Uncle Tom’s Cabin in 1851.

Near the turn of the 20th century, Ohio women fought for the right to vote. Victoria Woodhull, of Homer, Ohio, was a woman of many firsts. She opened the first female stock brokerage with her sister, Tennessee Claflin, in New York City. She used the profits from this venture to establish Woodhull and Claflin’s Weekly newspaper in 1870 which published the first English translation of Karl Marx’s The Communist Manifesto in 1872.

Victoria used her newspaper as a platform to write about women’s suffrage and became the first woman to run for U.S. president. Victoria headlined the presidential ticket for the National Radical Reform Party (also known as the Equal Rights Party) in 1872. Victoria believed women had the right to marry, divorce, and bear children without social restriction or government influence. This idea of “free love” seemed quite radical at the time, even to some of her fellow women suffragettes.

In Cincinnati around 1906, equal rights activist and suffragette Jessie M. Partlon was a writer for the Cincinnati Post, and one of few journalists at the time with her own byline. With a similar brazenness as Victoria Woodhull, Jessie Partlon’s column discussed men, the struggles of women, the economy, politics, and current events, and she reported on important events and scandals in the city. Partlon advocated, through both her voice and writing, for equal pay and voting rights.

During World War II, Ohio women were making waves in American history yet again. As many men were sent off to war, Hamilton County women organized door-to-door campaigns, donation drives, and events to sell war bonds. Women, organized by Margaret Tangeman, played an important role in the drives, with a coordinating committee called "Women at War" including representatives from 900 women's organizations. Some women served in the military themselves during the war, although mostly in support roles.

Many Cincinnati women went to work for the first time to fill the production roles left vacant by men drafted for war. The number of working women rose significantly from 1941 to 1944, and married women accounted for most of the increase. Although women still faced many challenges and injustices in working life, the labor movement set the stage for future opportunities for women in the workforce.

Civil Rights and Women’s Liberation Movements in Ohio and Cincinnati

Women continued to push back against oppression and injustice after the end of World War II. As the civil rights movement swept across the country, Cincinnati and Ohio women joined the fight. Virginia Coffey was an important civil rights activist who grew up in Grand Rapids, Michigan. Shocked after moving to a deeply segregated Cincinnati in the 1920s to teach, Virginia almost left Cincinnati.

Instead, Theodore Berry, President of the Cincinnati chapter of the National Association for the Advancement of Colored People from 1932-1946, encouraged her to stay and join the NAACP. She joined and became the Executive Director of the YWCA, where she established the first black Girl Scout troop in Cincinnati. Virginia Coffey was also vital to de-segregating the Coney Island amusement park along with Marian Spencer, who later went on to be the first Black woman elected to Cincinnati City Council and the first female president of the Cincinnati NAACP.

In the 1970s, another national movement, women’s liberation, took hold in Cincinnati. Women’s liberation and the rise of feminism caused great controversy in Cincinnati. Feminism advocated for equality for women in work and marriage, access to birth control and abortion (marked by the win of Roe vs. Wade in 1973), and rights for LGBTQIA+ women and women of color.

Cincinnati women formed their own chapter of the National Organization for Women (NOW), and in 1975, the United Nations declared the year “International Women’s Year.” NOW organized a three-day event on Fountain Square in August of 1975 which comprised of marches, lectures, music, and panels in celebration and solidarity of women’s liberation. For the first time, more than 30 major women’s organizations in Cincinnati collectively endorsed and supported the International Women’s Year celebration.

Moving Society Forward: Equality for Women in the Modern Day

Women’s History Month reminds us how far we’ve come as a society through the efforts, fearlessness, and persistence of many great women throughout history, but there is still work to be done. Women still tirelessly fight for causes like paid maternity leave, equal pay, and equitable rights for women of color, LGBTQIA+ women, immigrant women, and incarcerated women. The battles fought and won by women of all kinds remind all of us that women’s rights are human rights.

Check out stories of exceptional women in history and more resources to celebrate Women’s History Month: