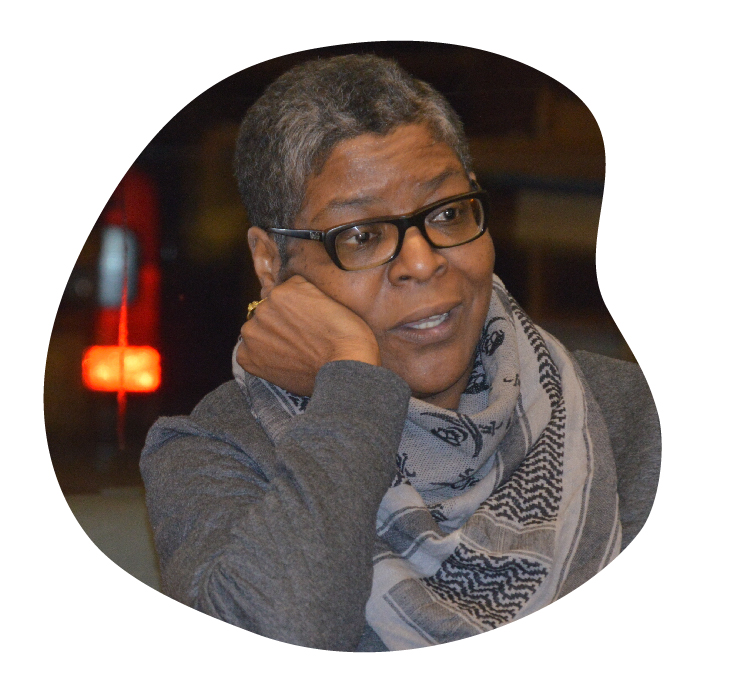 Between October and December 2014, The Library Foundation’s first Writer-in-Residence, Kathy Y. Wilson, shared stories about her life and career, as well as the craft of writing, with the community. Throughout her residency, Wilson participated in a number of events, beginning with the Books by the Banks Cincinnati USA Book Festival, where she signed copies of her book, Your Negro Tour Guide: Truths in Black and White and participated in a panel discussion titled, “Pitching for Publication in the Magazine and Online Markets.”

Wilson gave aspiring writers a behind-the-scenes look at her writing process during “Inside the Writer’s Head: A Public Conversation About a Private Process,” where she discussed her creative process with Jenny Wohlfarth from the University of Cincinnati’s Department of Journalism. She and other authors also held a writer’s workshop, “What We Talk About When We Talk About Writing: Examining Poetry, Fiction, Non-Fiction Narrative, and Children's/YA,” where they led sessions on the craft of writing in various genres.

In addition to workshops and programs for adults, there were special programs for children. Wilson led Read-Arounds for kids at the Avondale and Northside branch libraries, where she shared some of her favorite children’s books with the children from those communities. She also visited with students at St. Xavier High School and Pleasant Ridge Montessori, where she discussed her life and career and read aloud.

Kathy Y. Wilson is no stranger to the public library. She first felt the desire to write at the age 5, wandering the stacks of her neighborhood library. "I knew the alphabet, and I would stand up in those stacks and try and figure out where Wilson would go," she says. "I knew where the Ws were, and I would imagine where my book would be. The Library is the great equalizer of this community. I am so honored to represent this institution."

Wilson’s dream is now a reality. A published author, poet, teacher and columnist, Wilson was named as the first Writer-in-Residence for the Library Foundation of Cincinnati and Hamilton County during a Library Foundation event Sept. 24, 2014. Wilson earned a $10,000 stipend while serving in this position. She will conduct a writer’s workshop, speak at four community events and participate in Library promotions during her residency. The Writer-in-Residence program is possible through the generous support of Naomi Tucker Gerwin.

Wilson describes herself as "a multi-hyphenated black nerd." Born in Hamilton, Ohio, Wilson is the author of the book Your Negro Tour Guide, adapted from her CityBeat column of the same name and published in 2004. The book became a one-woman multimedia monologue for the stage and has been performed in New York City, on college campuses in Georgia, Kentucky, Connecticut and New York, and at Cincinnati’s Playhouse in the Park and Ensemble Theatre. She also authored a collection of poetry titled True Grits: A Short Stack on Food and Family in Over-the-Rhine, published in 2006.

Wilson is a contributing senior editor at Cincinnati Magazine and a University of Cincinnati adjunct instructor of Women’s Studies and Journalism. She served as a professional writing mentor in the Cincinnati Gifted Academy of Cincinnati Public Schools and was a contributor of commentaries for “All Things Considered” on National Public Radio. Her work was previously recognized by the Ohio Society of Professional Journalists, The Cleveland Press Club and the Associated Press Society of Ohio. She was twice named as a Fellow at the Knight Center for Professional Journalists at the University of Maryland and was a finalist for a National Magazine Award for her profile of radio talk show host Bill Cunningham. She is working on her next book, Do You Know Who I Think I am? Curiosities of a Colored Woman’s America. She resides in Walnut Hills and has resumed writing her CityBeat column, now called "(Not) Your Negro Tour Guide."